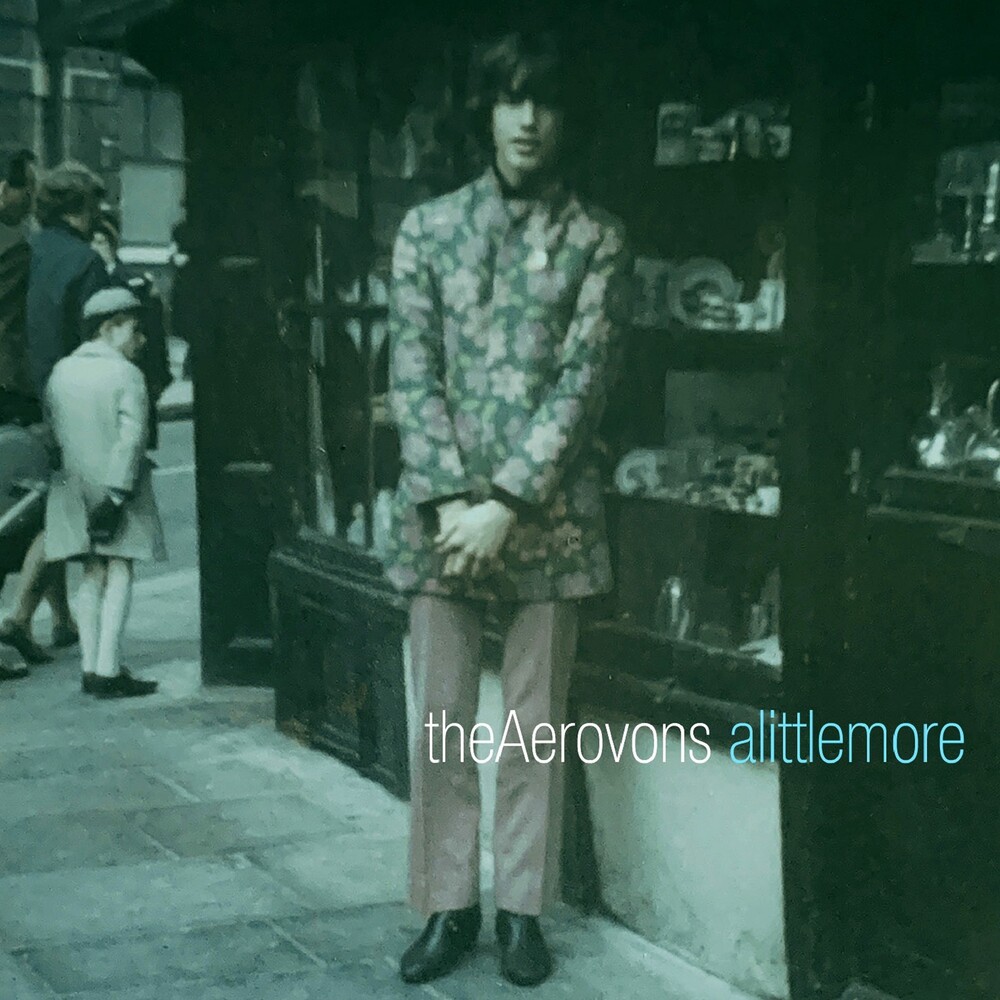 The Aerovons, famous for being the group of unknown St Louis teenagers who, in 1969, recorded an album at Abbey Road for Parlophone, rubbing shoulders with the Beatles, recording in the studio with Geoff Emerick, Alan Parsons and Norman Smith, but not having that album released until 2003 (Resurrection / RPM Records). Whereupon the NME at the time reported "It's like hearing newly discovered Beatles tracks while walking down Carnaby Street wearing Ringo's candy-striped hipsters. "Now, in 2022, the Florida-dwelling Tom Hartman is back with "A Little More", his follow-up to "Resurrection". "A Little More" opens with a song written in 1969. The irresistible, McCartney-esque 'Stopped!' with a sit-up-take-notice melody and the rolling rhythms of classic late-Sixties pop. Title track 'A Little More' is more than a reference to picking-up again with the Aerovons. Also written in 1969, it's another classic-in-waiting. A version was first heard on the flip side of Tom's post-Aerovons single released in 1971 on the Bell label. Naturally, looking back at the experience of being in London and at Abbey Road with the Aerovons colours Tom's new songs. 'Swinging London' paints that picture, while 'The Way Things Went Tonight' nods to "Resurrection"'s creamiest, most vocal-infused moments. However, "A Little More" also draws from Tom's path through life after the magical adventures in London. In time, he became a songwriter in the world of advertising. 'So Sorry' and 'You & Me' draw from human relationships and emotions, while 'Shades Of Blue' evokes memories of a particular place. Contrastingly, 'Me And My Bomb' recalls one of the first steps towards adulthood.