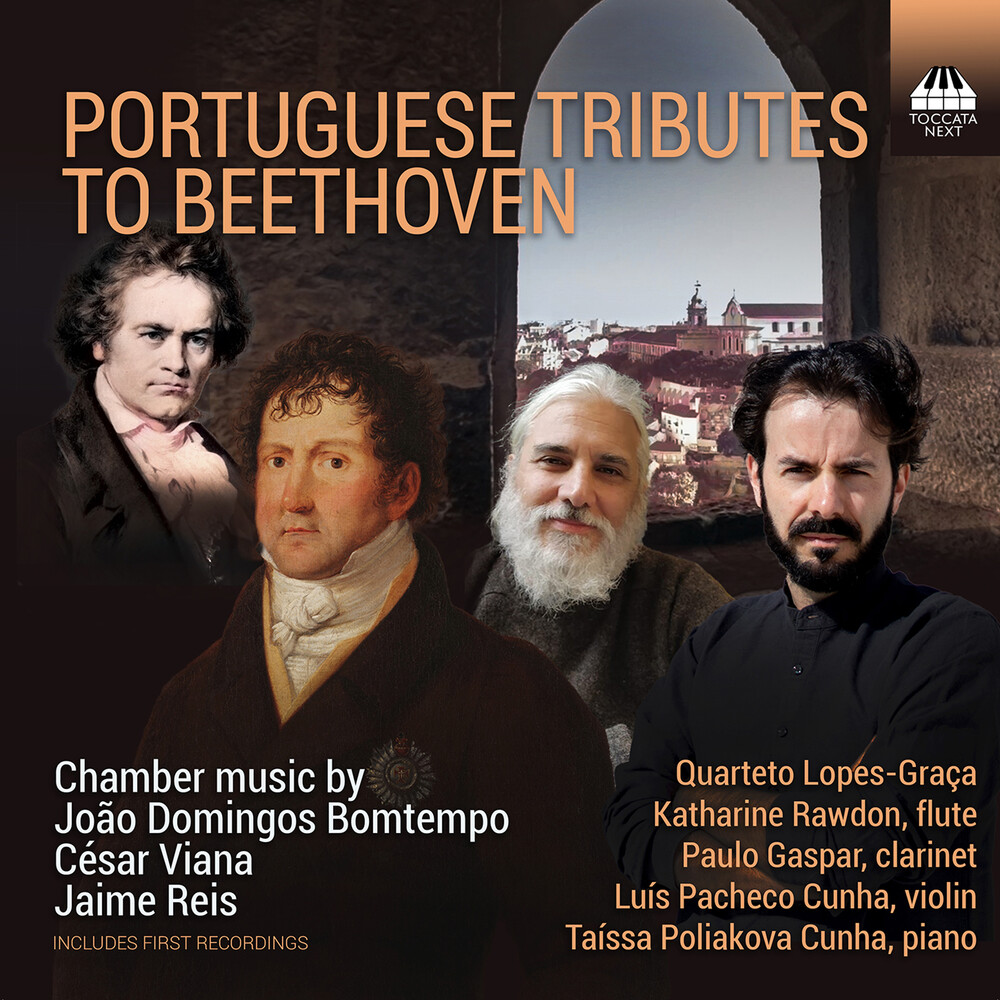 These three compositions by three Portuguese composers pay direct and indirect tribute to the music of Beethoven. The Piano Quintet by Joao Domingos Bomtempo was written in the style of the Viennese Classical mainstream even as Beethoven was changing it's direction. The two works by César Viana and Jaime Reis both have distant roots in Beethoven but pay their homage in very different styles, one using relatively traditional language and the other more radical - as was Beethoven himself, of course. The Lopes-Graça Quartet, made up of musicians with notable solo and chamber music careers, professors at the Escola de Música do Conservatorio Nacional (Lisbon), was formed in 2005 with the aim of equipping the Conservatory, in the image of many of it's counterparts in the world, a reference group in the string area, with conditions to develop a permanent work with output at the levels of specialized training in chamber music (quartet master-classes) and the promotion of the school, at home and abroad.