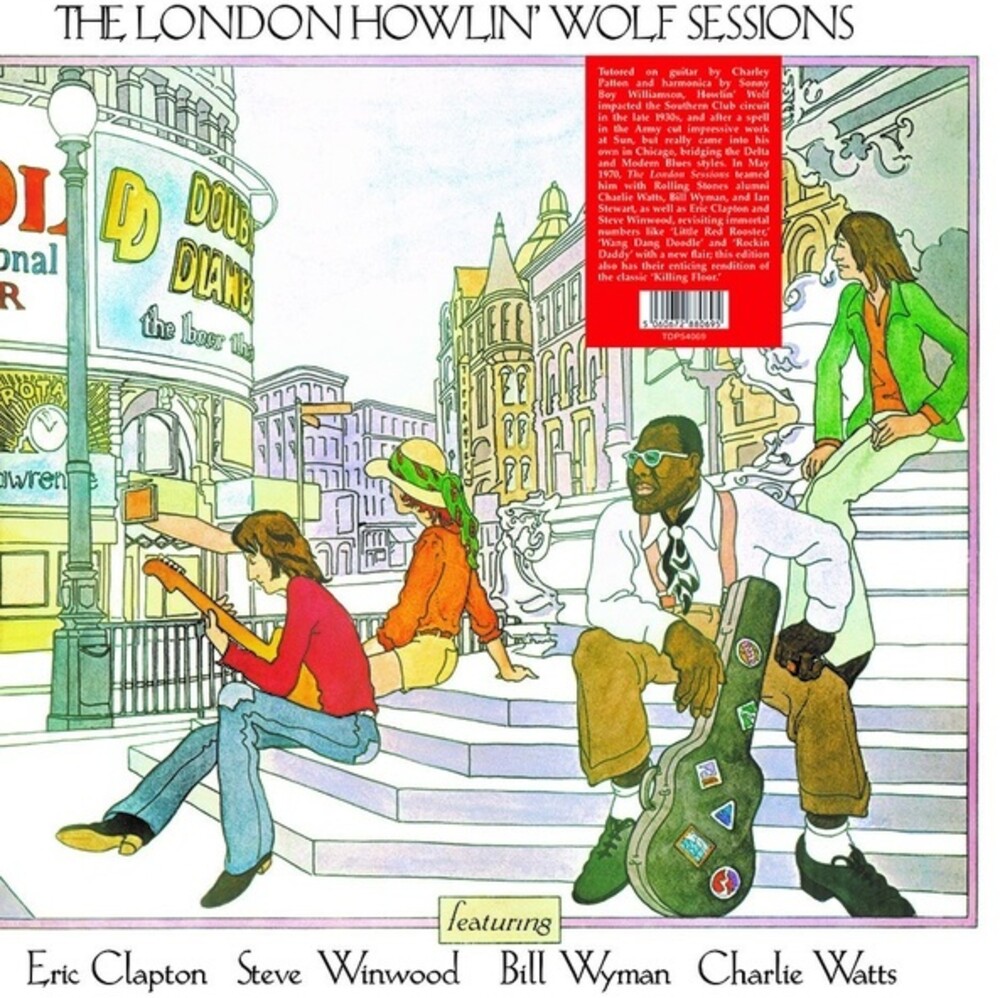 Vinyl LP pressing. Tutored on guitar by Charley Patton and harmonica by Sonny Boy Williamson, Howlin' Wolf impacted the Southern Club circuit in the late 1930s, and after a spell in the Army cut impressive work at Sun, but really came into his own in Chicago, bridging the Delta and Modern Blues styles. In May 1970, The London Sessions teamed him with Rolling Stones alumni Charlie Watts, Bill Wyman, and Ian Stewart, as well as Eric Clapton and Steve Winwood, revisiting immortal numbers like 'Little Red Rooster,' 'Wang Dang Doodle' and 'Rockin Daddy' with a new flair; this edition also has their enticing rendition of the classic 'Killing Floor.'