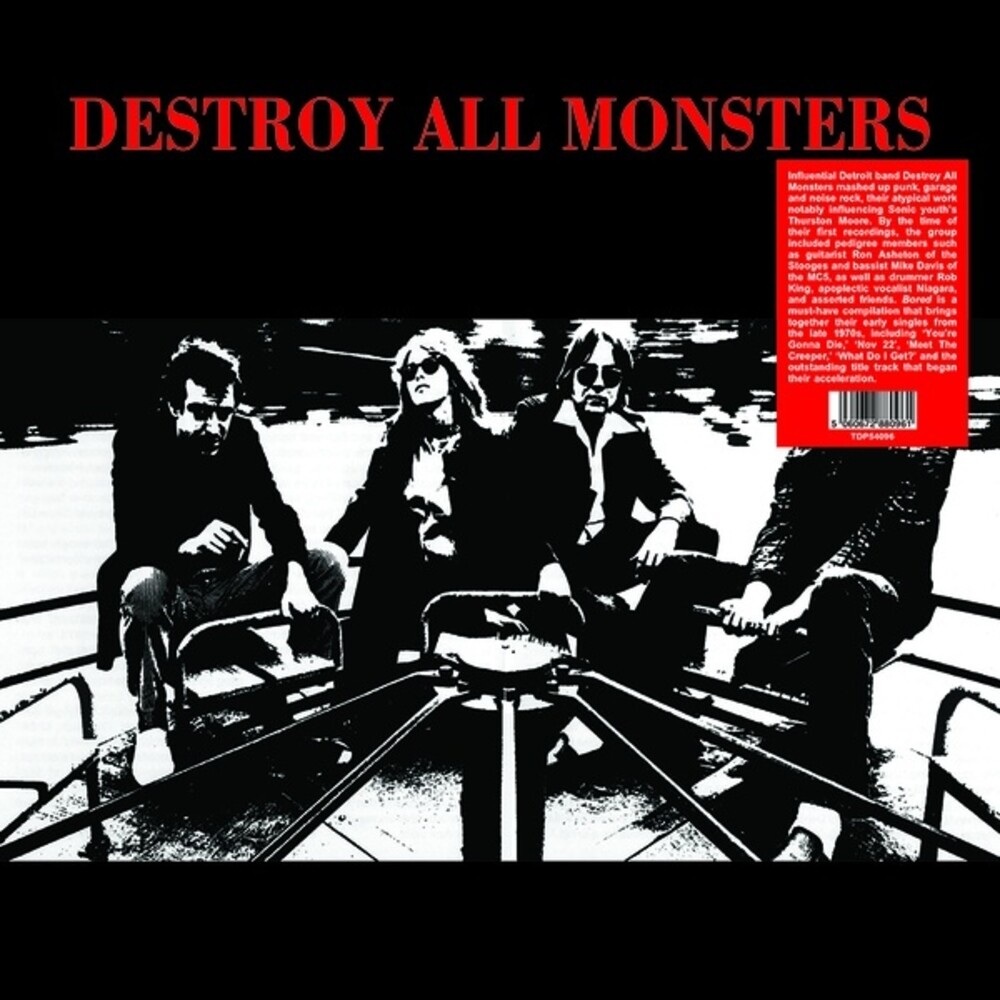 Vinyl LP pressing. Reissue, originally released in 1991. Influential Detroit band Destroy All Monsters mashed up punk, garage, and noise rock, their atypical work notably influencing Sonic Youth's Thurston Moore. By the time of their first recordings, the group included pedigree members such as guitarist Ron Asheton of the Stooges and bassist Mike Davis of the MC5, as well as drummer Rob King, apoplectic vocalist Niagara, and assorted friends. Bored is a must-have compilation that brings together their early singles from the late 1970s, including "You're Gonna Die," "Nov 22," "Meet The Creeper," "What Do I Get?," and the outstanding title track that began their acceleration.