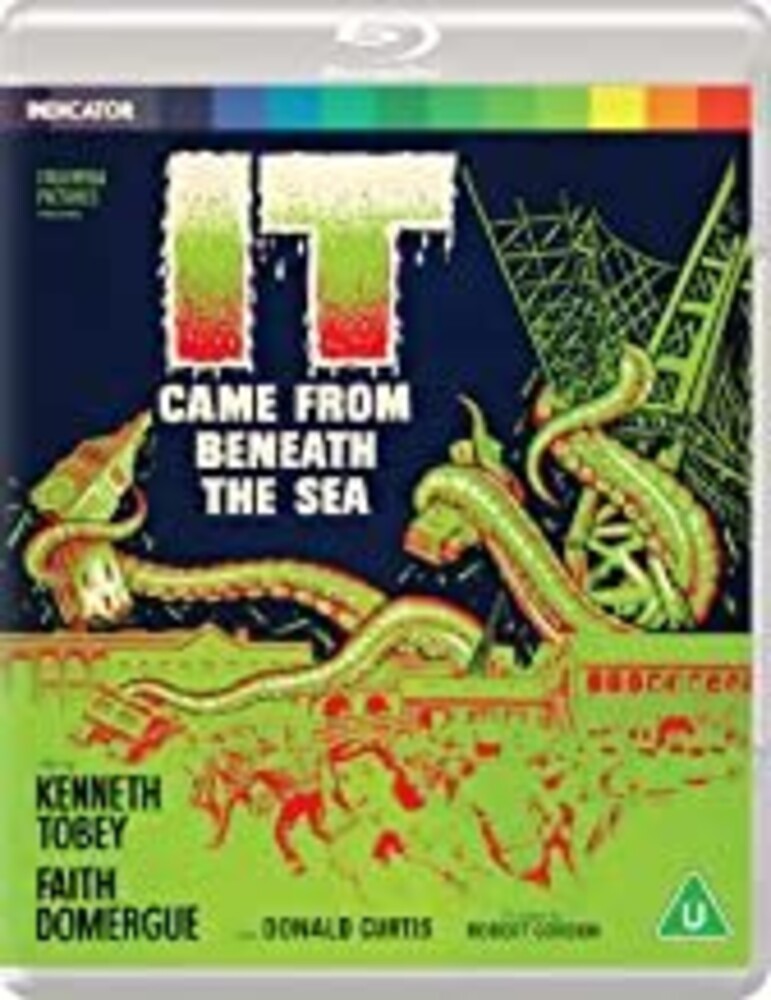 A giant octopus rises from the depths to terrorise the port of San Francisco... This impressive creature-feature was one of Ray Harryhausen's earliest showcases for his extraordinary effects. It was also the film that brought him to Columbia and into partnership with producer Charles H Schneer, with whom he would create some of the best-loved fantasy and science fiction films of the twentieth century. Region free