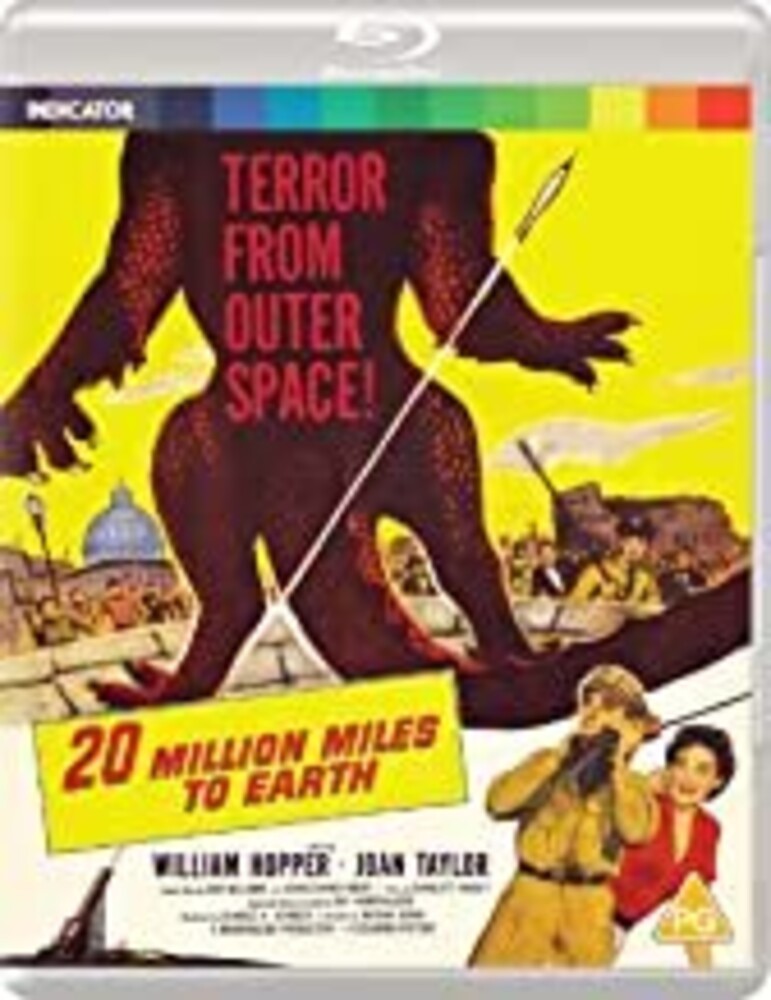 A US rocket returning from Venus crash lands off the Italian coast, bringing back with it a strange creature that quickly begins to grow to terrifying proportions... Clearly indebted to King Kong, and employing that film's empathetic approach to it's 'monster' (a trope that Harryhausen would continue to employ throughout his career), 20 Million Miles to Earth is a terrific slice of fifties sci-fi. It boasts some of Harryhausen's finest work of the period, as well one of his most beloved and enduring creature creations. All region code