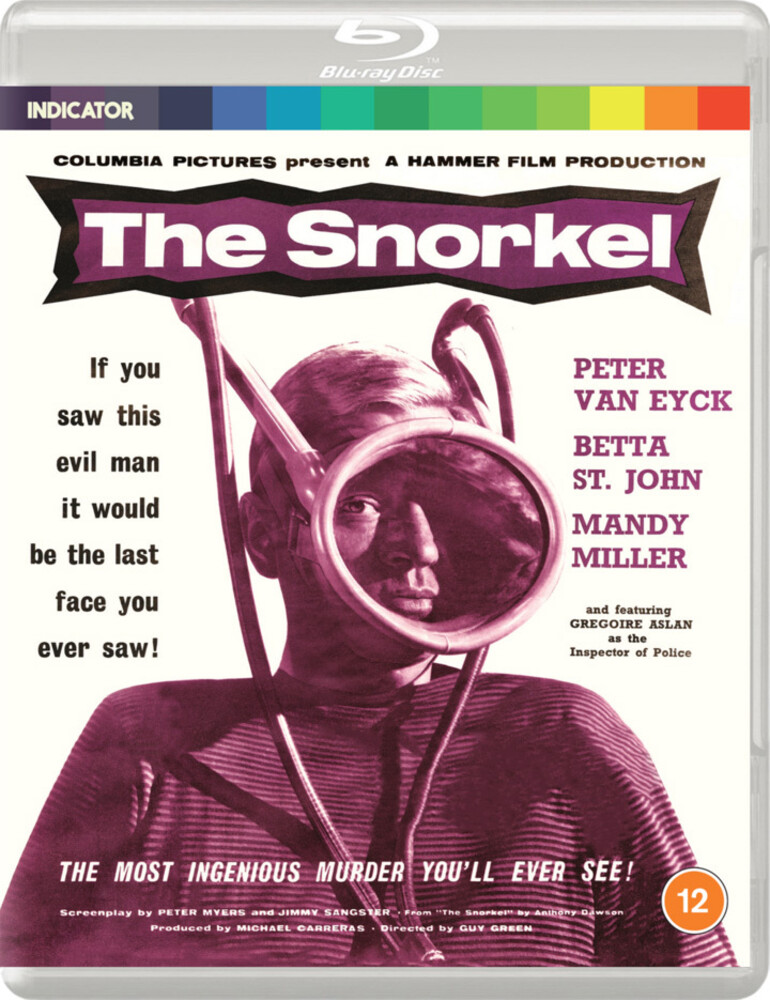 Before becoming synonymous with the horror genre, Hammer Films had in the 1950s produced a number of noir-inspired crime and suspense films. The Snorkel is one of the finest of these. Penned by Jimmy Sangster (with nods to Alfred Hitchcock's Shadow of a Doubt) and directed by Guy Green (A Patch of Blue), this elaborate and ingenious thriller pits murderous stepfather (Peter van Eyck) against his young stepdaughter (Mandy Miller) who is convinced he killed her parents, and is determined to prove it - before he makes her his next victim