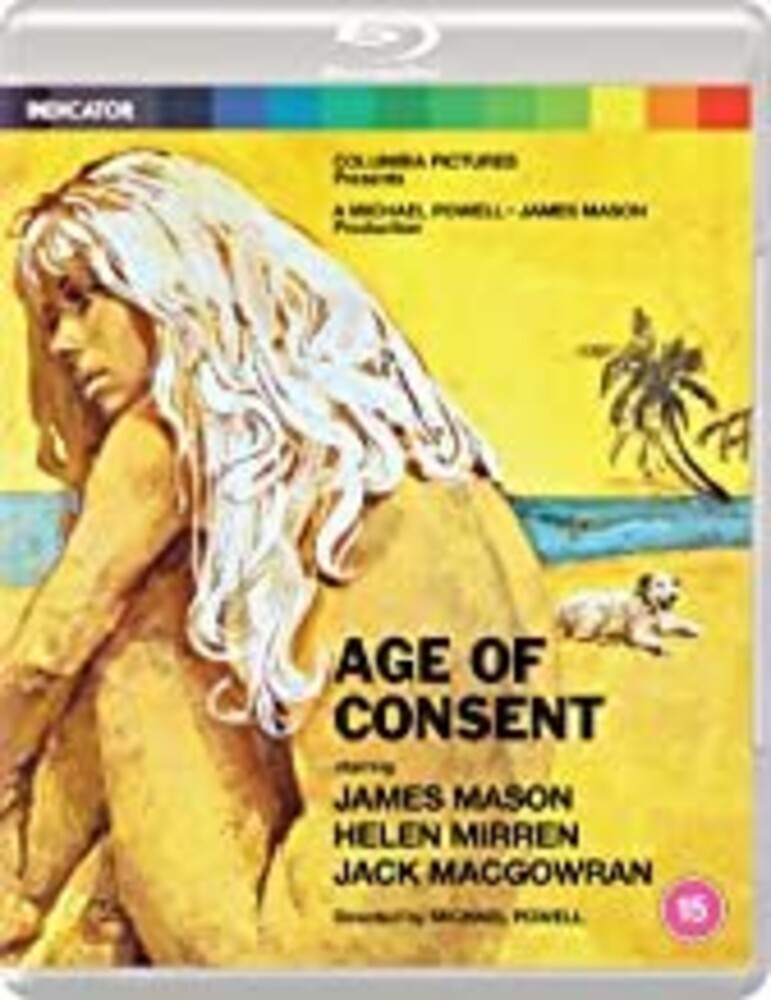 DISC: 1
1. High Definition Remaster
2. Original Mono Audio
3. Two Presentations of the Film: The 2005 Restoration of the Director's Cut, Scored By Peter Sculthorpe (107 Mins); and the Studio
4. Audio Commentary with Film Historian Kent Jones (2009)
5. The Beauty of the Image: The John Player Lecture with Michael Powell (1971,85 Mins): Archival Audio Recording of the Celebrated
6. The Guardian Interview with Michael Powell and Emeric Pressburger (1985,105 Mins): Archival Audio Recording of the Archers in Co
7. Age of Innocence (2018, 38 Mins): An In-Depth Appraisal of Age of Consent By Ian Christie, Author of Arrows of Desire: The Films
8. Making 'Age of Consent' (2009, 17 Mins): Production Manager Kevin Powell, Composer Peter Sculthorpe and Editor Anthony Buckley R
9. Martin Scorsese on 'Age of Consent' (2009,6 Mins): The Acclaimed Director Discusses the Impact and Legacy of Powell's Film
10. Helen Mirren: A Conversation with Cora (2009,13 Mins): The Award-Winning Actor Reflects on One of Her Earliest and Most Memorabl
11. Down-Under with Ron and Valerie Taylor (2009,10 Mins): A Conversation with the Celebrated Underwater Photographers
12. The Boy Who Turned Yellow (1972, 54 Mins): Powell and Pressburger's Final Collaboration, Made for the Children's Film Foundation
13. Original Theatrical Trailer

Based on Norman Lindsay's controversial autobiographical 1935 novel, Age of Consent is the story of an artist (James Mason), grown tired of producing art for wealthy Americans, who moves to the wilds of Australia's Great Barrier Reef where he meets Cora (Helen Mirren), a teenage girl who inspires him and becomes his muse - as well as the object of his desire. The penultimate film from the great Michael Powell (Black Narcissus, The Red Shoes, Peeping Tom), Age of Consent explores the obsessive nature of an artist approaching the twilight of his career. Misjudged and mis-handled on it's initial release (when the distributor removed key scenes and re-scored the film), Age of Consent is now regarded as one of Powell's key works. Region free