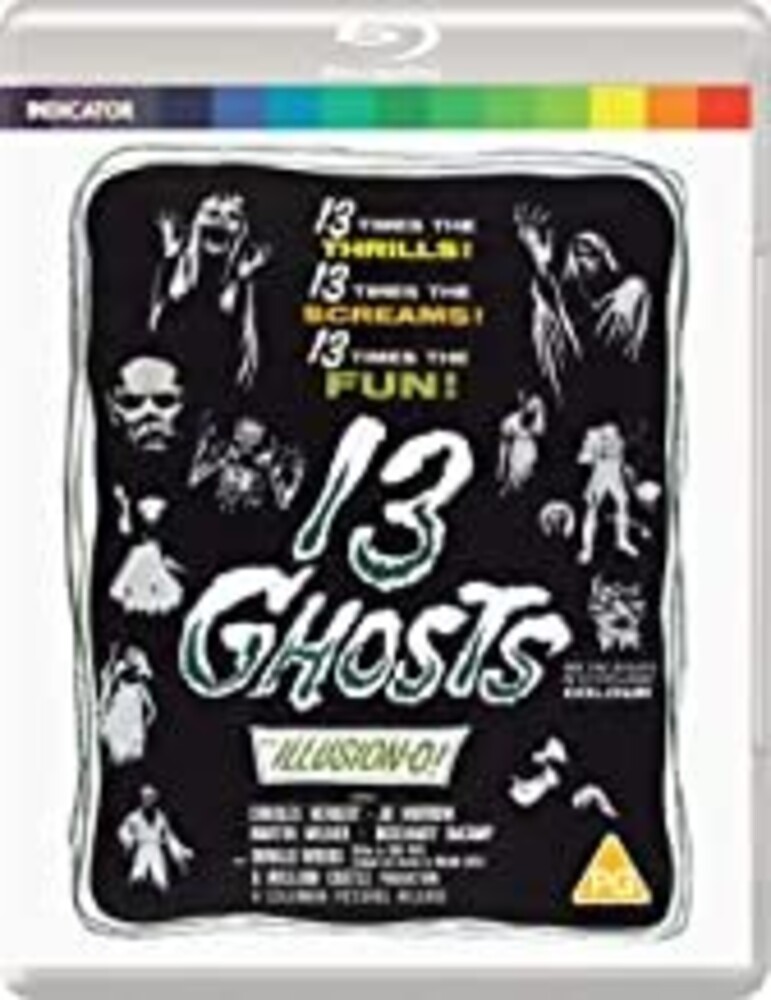 When the Zorba family inherit a house from their late uncle, the occultist Plato Zorba, they didn't expect it come with a host of ghostly houseguests, including a headless lion tamer (and lion!), an aflame skeleton, a murderous chef and his victims, and an executioner. Despite this collection of sprites, 13 Ghosts is one of the lighter efforts of shockmeister William Castle - but just as inventive as his best works, and is presented here in both it's black-and-white and 'Illusion-O' versions.