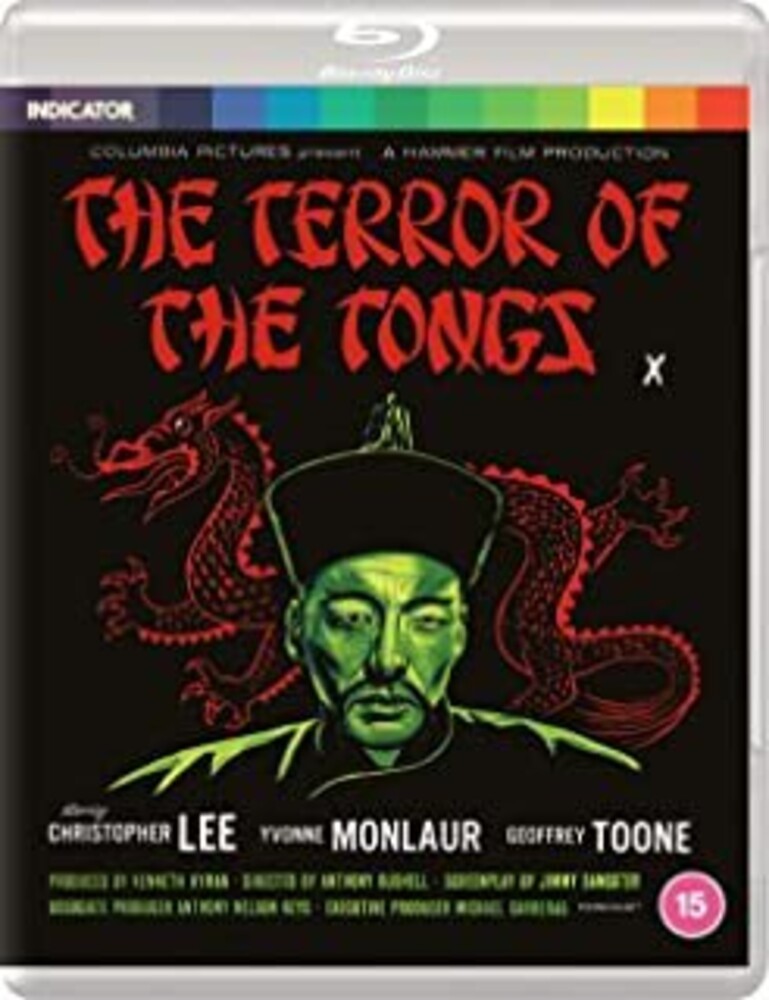 Part historical adventure, part crime-revenge thriller, and sharing elements of Hammer's horror films, The Terror of the Tongs portrays exotic villains and shocking violence in a plot which unfolds at breakneck speed. Penned by the great Jimmy Sangster, the film is set in British-occupied Hong Kong, and concerns one man's crusade to crush the feared Red Dragon Tong gang who had brutally murdered his daughter. The Terror of the Tongs was the first film in which star Christopher Lee received top-billing - in a role that he clearly relished, as Chung King, the sadistic head of the Red Dragon Tong. It was one that would also serve as a dry run for one of his most famous character portrayals in the later Fu Manchu series of films. Region free