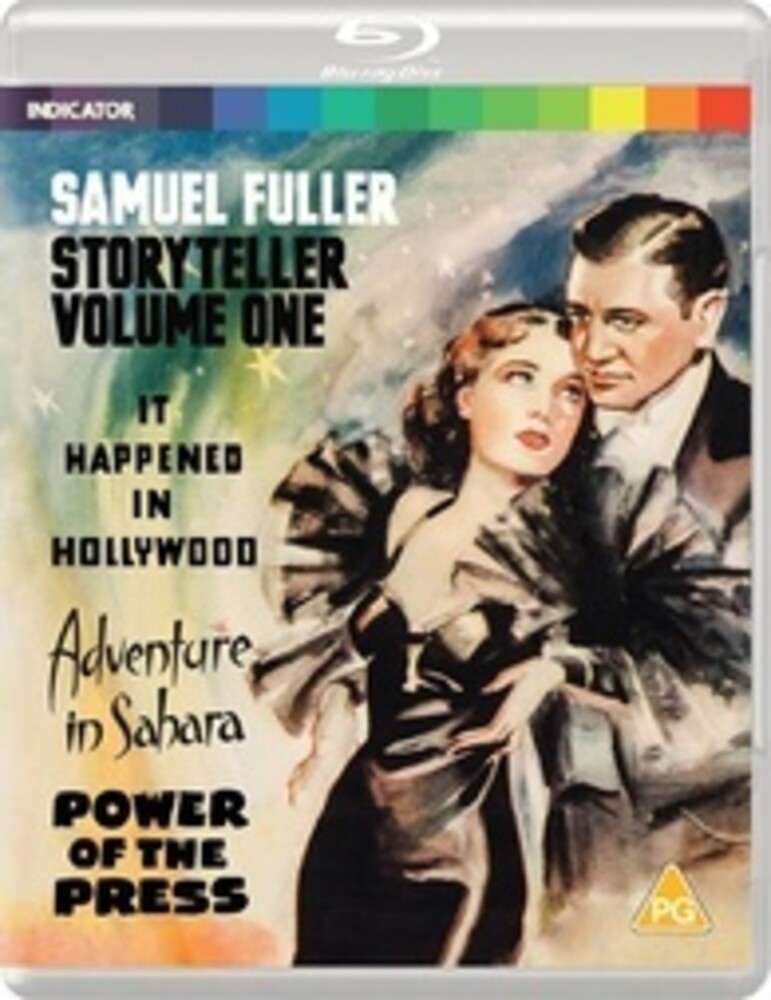 (Please call first)
DISC: 1
1. High Definition Remasters of All Three Films
2. Original Mono Audio
3. It Happened in Hollywood (1937, 68 Mins): Richard Dix and Fay Wray Star As Big-Screen Actors Adapting to the Coming of Sound in
4. Adventure in Sahara (1938, 57 Mins): Action-Packed Drama of Revenge and Honour, Starring Paul Kelly and Lorna Gray, Directed By
5. Power of the Press (1943, 64 Mins): Lew Landers Directs This Hard-Edged Drama About Corruption Within the Newspaper Industry, Ba
6. All-Star Party (2018,6 Mins): Who's Who of the 'Stars' and Their Impersonators in the Climactic Party Scene from It Happened in
7. Sam Fuller's Search for Truth with Tim Robbins (2009,7 Mins): The Celebrated Actor Explores Fuller's Time As a Reporter
8. Image Gallery: Publicity Photography and Promotional Material for All Three Films
9. New and Improved English Subtitles for the Deaf and Hard-Of-Hearing

Journalist, screenwriter, novelist, soldier, filmmaker - Samuel Fuller was one of American cinema's most prolific and multi-faceted talents. However, the films based on Fuller's early work as a screenwriter remain under appreciated. It Happened in Hollywood: Regarded by Fuller as his 'first real Hollywood credit', the film has a now-familiar premise: the silent film star who finds they are unable to make the transition to talkies. Blending comedy, romance, action, and a playful self-reflexive streak, the film established Fuller in Hollywood. Adventure in Sahara: Fuller takes full story credit on this rip-roaring adventure yarn inspired - he claimed - by Victor Hugo, Beau Geste, and Mutiny on the Bounty. Power of the Press: Drawing on Fuller's own experiences as young newspaperman and journalist, this crime drama is a passionate cry for freedom of speech and expression. The film also features Fuller's first fully formed and vital female heroine in the shape of the impassioned Edwina (Gloria Dickson)." Region free