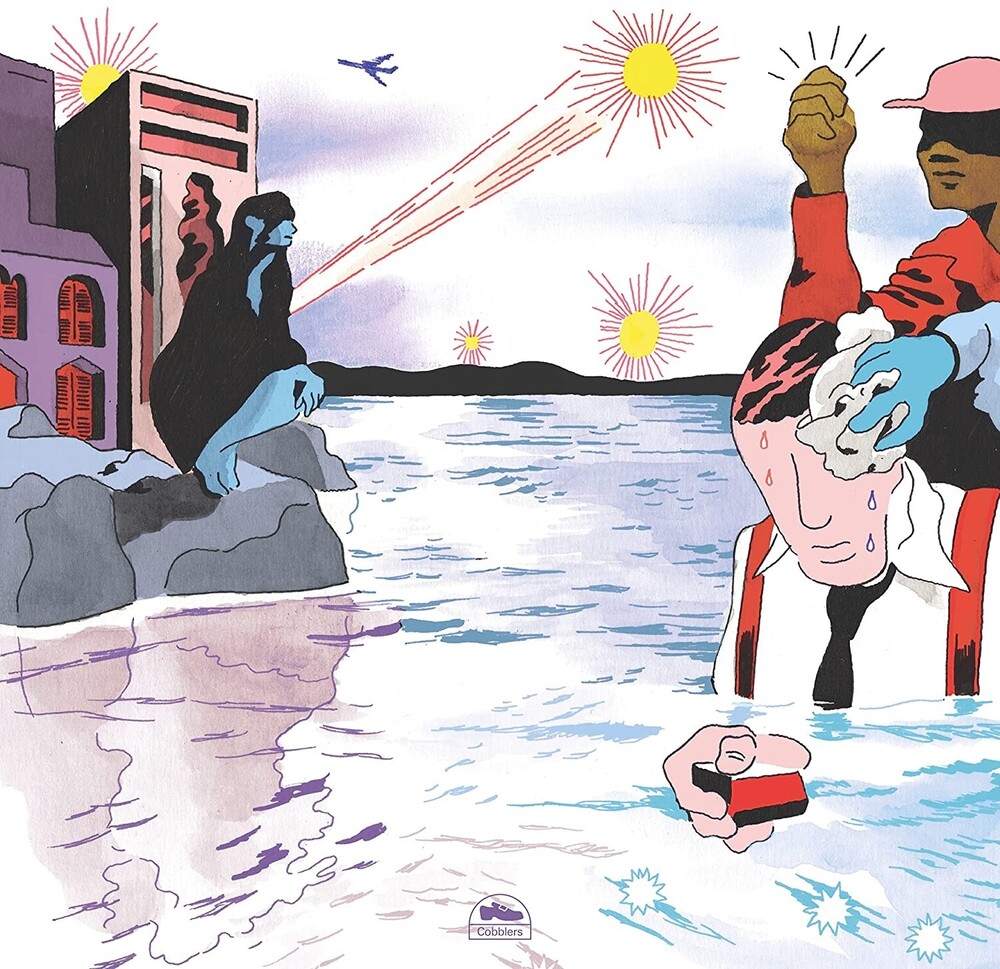 He might be vocalist in bands such as Brighton-based progressive act Diagonal and psychedelic outfit Baron, but when it comes to his solo work Alex Crispin has typically worked in more wordless fields. Last year the songwriter, vocalist and producer released a triptych of ambient albums, consisting of two older albums in 'Idle Worship' and 'Open Submission', as well as new meditative work in 'Resubmergency'. On his new self-titled album, however, Crispin re-emerges from the cavernous soundscapes to - for the first time - put his vocal and song writing stamp on a record under his own name. Pointedly self-titled to reflect the newfound confidence in his song writing away from the collective of a band, the album's nine tracks are a warm embrace amidst troubled times. Musically there's nods to everything from tropicalia and Brazilian MPB, to 80's dusk pop balladeers The Blue Nile and Paul Simon's explorations into African music. Lyrically aware of the snowballing turbulence that surrounds us, Crispin in reaction tries to see hope and looks around at the relationships and connections in his life that provide him strength. He opens 'Invisible (To Us)' with the words "Before the world did end, there was just one moment when, everybody thought there might be time, to look around again, to laugh to cry to sing." Elsewhere, 'Listen & Learn' strikes at the heart of other underlying themes of the record, of the rarity of people opening up, taking on new ideas and allowing change. It's accompanied with a rich, maximal sound palette of flute and sax that play around each other as Crispin's vocal chips in with gentle encouragement. There is a cinematic feel to much of Crispin's own music, something brought over from his ambient creations - although his self-titled album possesses a panorama all of it's own. Something like 'When I Reach The Ocean' has a hazy, pastoral feel to it like something out of the Canterbury Folk scene; there's space between the notes though, which in turn pushes the track out to a greater expanse than the comparatively soft-edged and modest sound palette used to create it. Similarly, the likes of 'Effert' revel in the space afforded to them - in the case of the aforementioned in particular, Crispin let's his voice take a back seat and creates an open wash of sound that he allows the guitar to probe and explore within. On this new LP, Crispin recognizes that sadness doesn't mean throwing out hope, and that even in moments of joy there's still a path ahead of you to take.