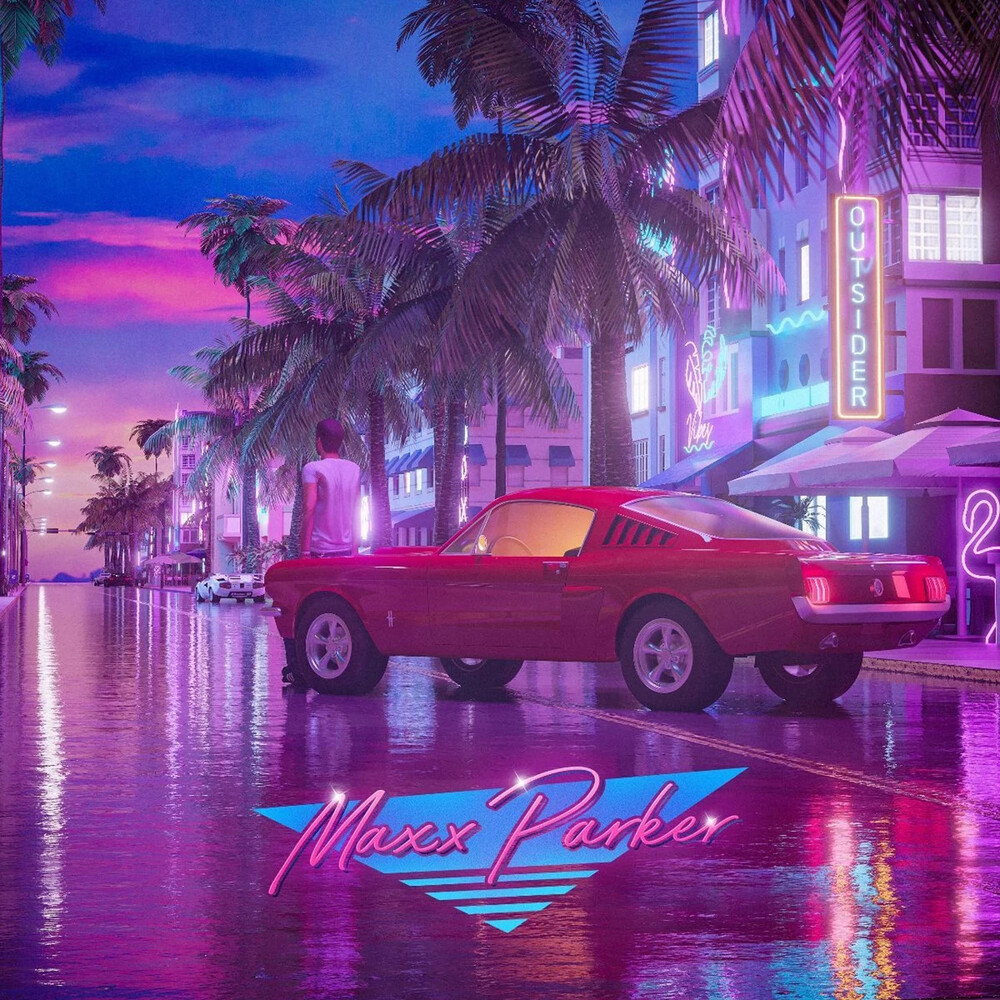 Maxx Parker is a British synthwave/retrowave producer based in South Wales, UK. He grew up obsessed with being a multi-instrumentalist and crafting the 80's sounds that have always monopolised his attention. The opening track 'Shimmer (feat. GeoVoc)' is a reflective, delicately crafted introduction that eases the listener in. The album cuts between upbeat 80s pop tracks like 'Wait For Me (feat. Natalie Gray)' and 'Hot Summer Nights' that will get you moving, while tracks like 'Forbidden Treasures (feat. Thought Beings)', 'Ain't Enough (feat. Syst3m Glitch)' and 'Drown Your Sorrow (feat. LAU)' guide us through stories of love and heartbreak that anchors the emotional side of Outsider.