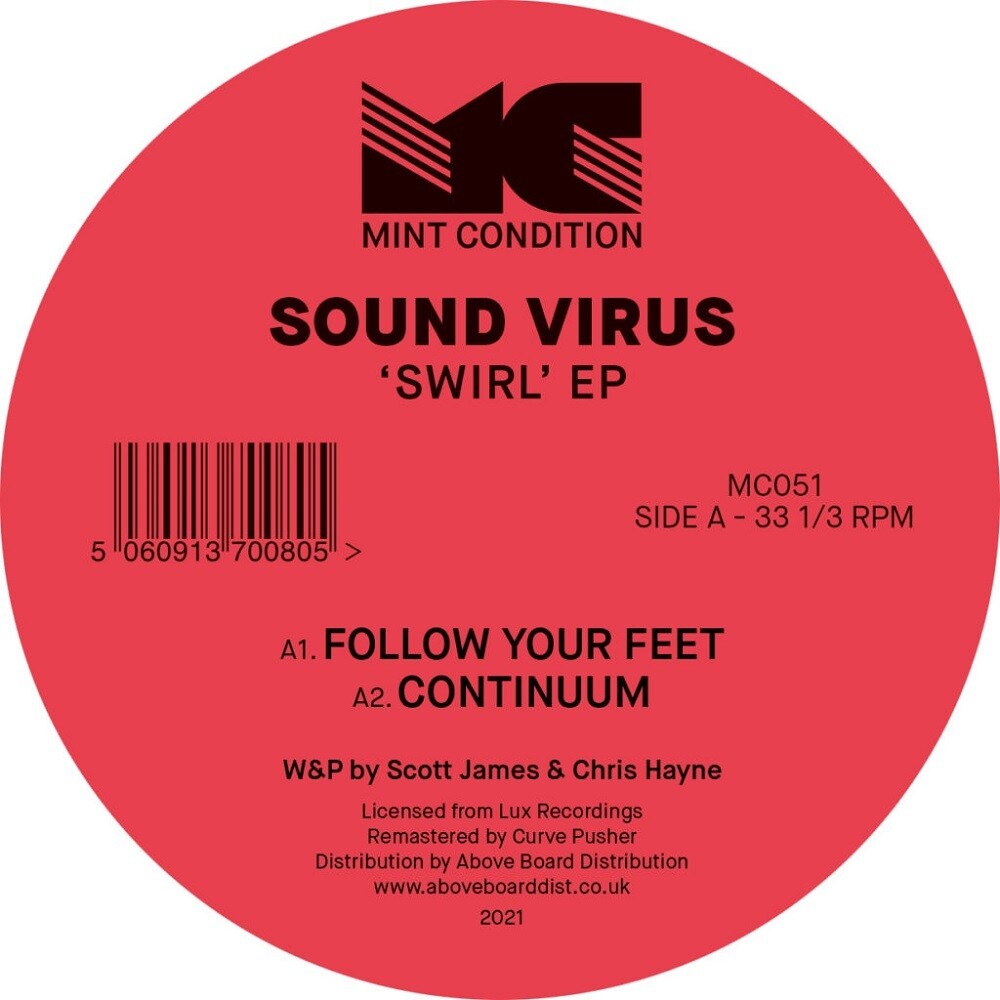 Having previously collaborated as SYT for releases on Sabres of Paradise and also having had releases on Hard Hands, DJ Scott James and producer, writer and musician Chris Hayne teamed up once again forming Sound Virus to share their more esoteric dancefloor visions. 'Swirl' originally appeared in 1995, a limited vinyl only release on their own imprint Lux Recordings. First up 'Follow Your Feet' opens with haunting synths that lead into razor sharp percussion and a forceful b-line that drives the track to a mesmeric peak, whilst a repetitive vocoded vocal stirs the electro soul. 'Continuum' heads off into electo-tech territory, defty programmed breakbeats underpin the filthiest of bass lines making this track a true dancefloor devastator. 'Swirl' takes a deeper approach, with pumping bass and driving beats supporting lush chords and a subtle, chiming synth riff. EP closer 'Bossa Blue Dub' drops the tempo slightly for a more other-worldly chug, whilst remaining no less compelling. This EP is a true rarity that has achieved a cult status amongst the most discerning DJs and record collectors alike. It has been legitimately re-released with the full involvement of Scott James and Chris Hayne from Sound Virus and Lux Recordings, lovingly remastered by London's Curve Pusher from the original sources especially for Mint Condition. 100% legit, licensed and released. Dug, remastered, repackaged and brought to you by the caring folks at your favorite reissue label - Mint Condition!