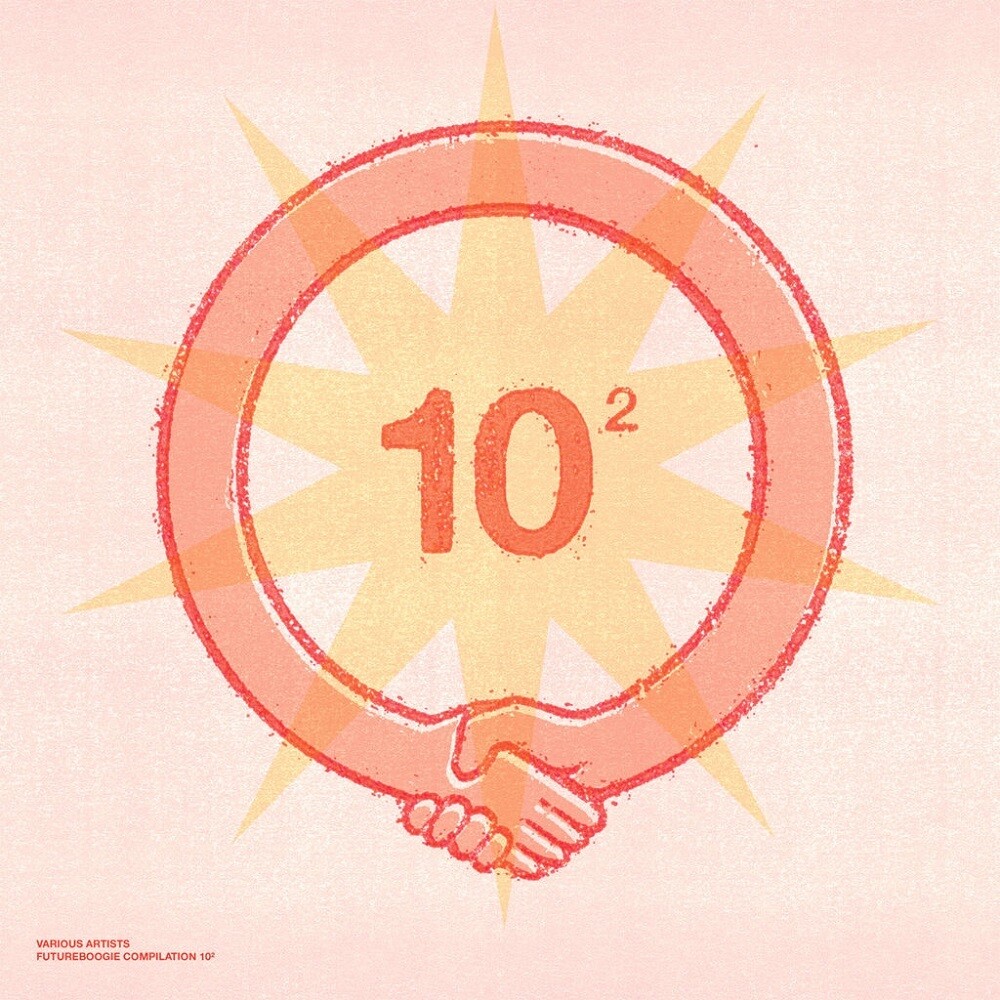 Futureboogie Recordings is calling time after ten years with a 20-track compilation that sums up the sound of the lovingly curated Bristol label. From throbbing arps and noirish guitar twangs to errant analogue blips and ceaseless, rolling grooves, it's a different sound to what you might have heard five years back on the 'Summer Riot IV' compilation, and certainly a long way from the early days. Consider this as an ode to evolution as much as a toast to all the great tracks and the family of artists that have passed through the wide-reaching Futureboogie sphere since before the label was even a sparkle in the disco ball.Originally founded by Dave Harvey and Steve Nickolls, the roots of Futureboogie lie in an intimate Bristol party called Seen. Started in 2002, this open-hearted session invited the likes of Metro Area, Attica Blues, Carl Craig, Maurice Fulton, Moodymann and Gilles Peterson - based on that heavyweight list, you can see the foundations were laid for what was to come. Futureboogie evolved off the back of these parties as a many-limbed operation - an artist management and booking agency as much as a club night, with Harvey and Nickolls consolidating the sound as DJs around Bristol and beyond. The progression to a record label was a logical one.When Futureboogie Recordings launched in 2011 with Julio Bashmore and Javeon McCarthy's 'Father Father', it represented an extended circle of friends close to the label from Bristol's deep pool of talent and beyond - amongst them Eats Everything, Waifs & Strays, PBR Streetgang, Behling & Simpson and Crazy P. The reach of the label grew in tandem with it's reputation, not to mention the endeavors of the team in other areas of the music game. The Boogiefuturo label became a vital entity on it's own terms, carrying a lauded DJ Nature remix of Typesun which encapsulates two distinct generations of Bristolian house music at it's best. DJ Nature, who cut his teeth as DJ Milo in the Wild Bunch days, has gone on to become a regular feature on Futureboogie, helping define it's soulful, adventurous spirit.It's also hard to separate Futureboogie from Team Love - events specialists who share some of the same management. From their flagship Love International festival in Croatia (having steered The Garden before that) to the Love Saves The Day weekend in Bristol, the Silver Hayes dance area of Glastonbury to the Waterworks festival with Percolate in London, you can see the unmistakable Futureboogie stamp across an international spread of events now. Futureboogie also hosted scores of stages at festivals across the UK on their own terms and played globally at iconic spots from Fabric in London to Salon Wilden Renate in Berlin and D Edge in Sao Paulo.Sonically, Futureboogie shifted it's direction at the halfway point with Fernando's Mid Decade EP. Artists like Mark E, Felix Dickinson, Kiwi, Lauer, Ponty Mython, Ruf Dug and Toby Tobias are of course still intuitively connected with the foundations of disco and funk, but their sound teases at the edges to shape out a more inquisitive strain of house. The remixers passing through the label at this time speak volumes as well - the late, great Andrew Weatherall, Roman Flugel, I: Cube and Ivan Smagghe amongst them, each one an iconoclast within the strictures of club music.So we come to Futureboogie 2020, which lands in the wake of a sterling run of 12's from breakthrough names like Theus Mago, Zakmina, Chez de Milo and Warehouse Preservation Society. Across 20 tracks, this expansive collection celebrates the same omnivorous love of grooves which Futureboogie embodied before it even had a name. There's a moodier, freakier strain to the sound across the compilation, but the tradition of warm, snagging party starters holds true. It's a triumphant note to end on. But one has to ask, why, and what comes next?Harvey, alongside close colleague Bristol DJ Ellie Stokes, felt the need to draw a line under 10 years of Futureboogie and look ahead to something new. As such, they'll be launching a new label called Small Victories in the near future. For now though, the time is right to toast a true totem of Bristol's house music culture and immerse yourself in an extensive overview of the sound it arrived at, signing off on a resolute high.