Central Fire - This Is A Shout Going Out | RECORD STORE DAY 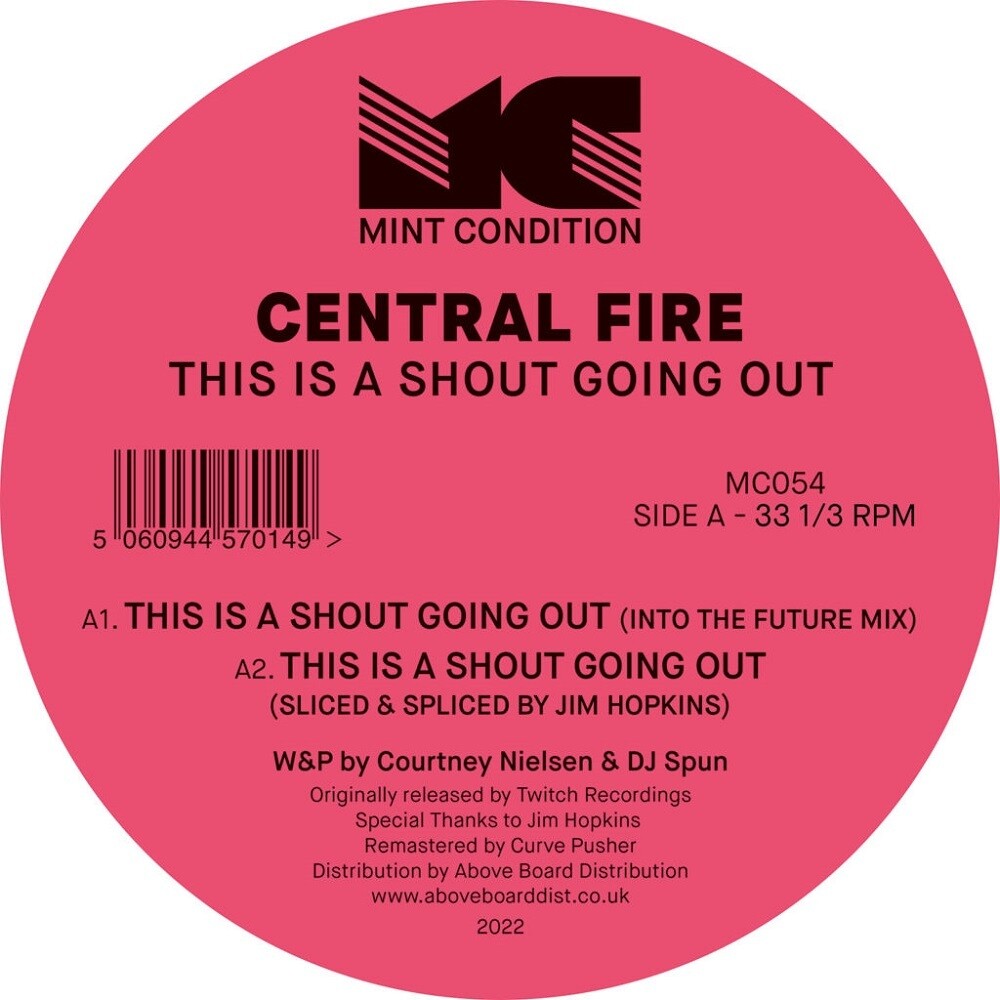 This Is A Shout Going Out
Artist: Central Fire
Format: Vinyl
Vinyl

Back in the early '90's California's West Coast's parties, raves and clubs began to be fueled by the emergent sound of tripped out acid breakbeats and psychedelic house jams. Jason Drummond, aka DJ Spun & Courtney Nielsen, teamed up as Central Fire. Their debut was both influential and pioneering, released in '94 on Twitch Recordings, a mainstay of the San Fran scene, it would pave the way for what was to come.'This Is A Shout Going Out' (Into The Future Mix) opens with infectious bubbling 303. There's breaks aplenty with expertly programmed twists and turns along the way, whilst the vocal keeps it lively throughout. The Sliced and Diced Mix sees Jim Hopkins edit the original down into a jam packed journey. Over on the flip 'Central Fire' (Yes People It's Time Pt.1 and 2) takes a more stripped back approach, with a b-line and breaks that deliver the funk to underpin delicate riffs, dub FX and an unforgettable flute interplay that turn this track into another devastatingly programmed episodic ride.This EP has stood the test of time, an essential rarity that has achieved cult status amongst the most discerning DJs, music heads and record collectors alike.It has been legitimately re-released with the full involvement of Jason and Courtney, lovingly remastered by London's Curve Pusher from the original DATs especially for Mint Condition. 100% legit, licensed and released. Dug, remastered, repackaged and brought to you by the caring folks at your favorite reissue label - Mint Condition!Tracklisting:A1. This is A Shout Going Out (Into The Future Mix)A2. This Is A Dub Going Out (Sliced & Spliced by Jim Hopkins)B1. Central Fire (Yes People It's Time: Part 1 & 2)