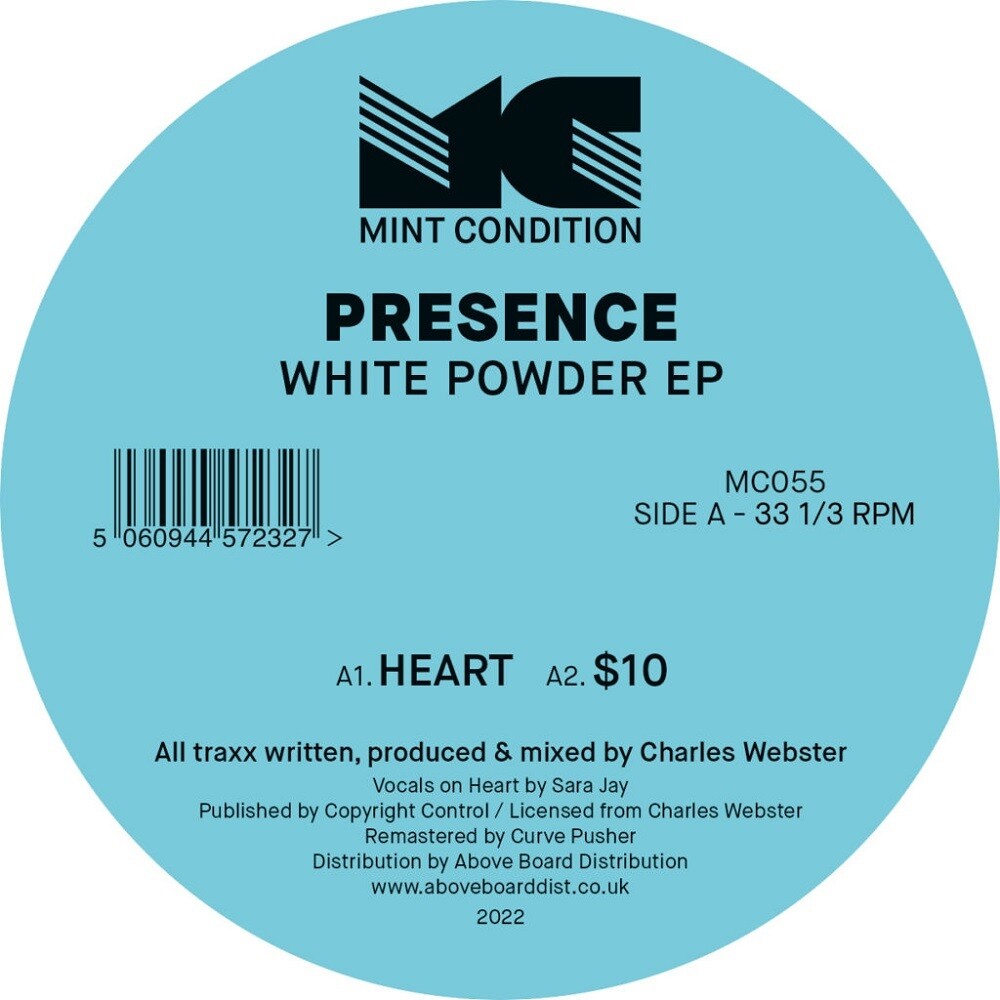 East Midlands house legend, Charles Webster, relocated to San Francisco in 1992, setting up Spirit Studios in the heart of the city and a highly productive period ensued. The 'White Powder' EP released in 1995, under Charles' Presence moniker is widely regarded as a classic of it's genre, up there with any of it's contemporaries on Prescription or Murk. All 4 tracks are flawless and groundbreaking in their ability to to draw together elements of soulful deep house, tribal percussion and the deep melodic tech-house sounds emerging from Europe and America's Midwest into a unique whole.EP opener 'Heart' features the haunting vocals of Sarah Jay, the track builds delicately, adding dark bass, before soaring strings lead into a melodic breakdown. $10's deftly programmed drums really deliver the funk, the deep melodic synth and pad progressions are mesmerizing, whilst an unforgettable bass-line underpins the journey. Over on the flip 'Giving Love' intro's with gorgeous pad before shuffling percussion and an uplifting piano turn this track into a joyous ride. Lastly 'Powder Chords' sets the controls for heart of the dance floor, heavy kicks launch a much more techno influenced affair, it's dark and brooding but no less effective in it's atmosphere and execution.'White Powder' is all killer, no filler, a highly sought after slab of wax that has achieved cult status amongst the most discerning DJs, record collectors and music heads alike. Legitimately re-released with the full involvement of Charles Webster. Lovingly remastered by London's Curve Pusher from the original sources especially for Mint Condition. 100% legit, licensed and released. Dug, remastered, repackaged and brought to you by the caring folks at your favorite reissue label - Mint Condition!