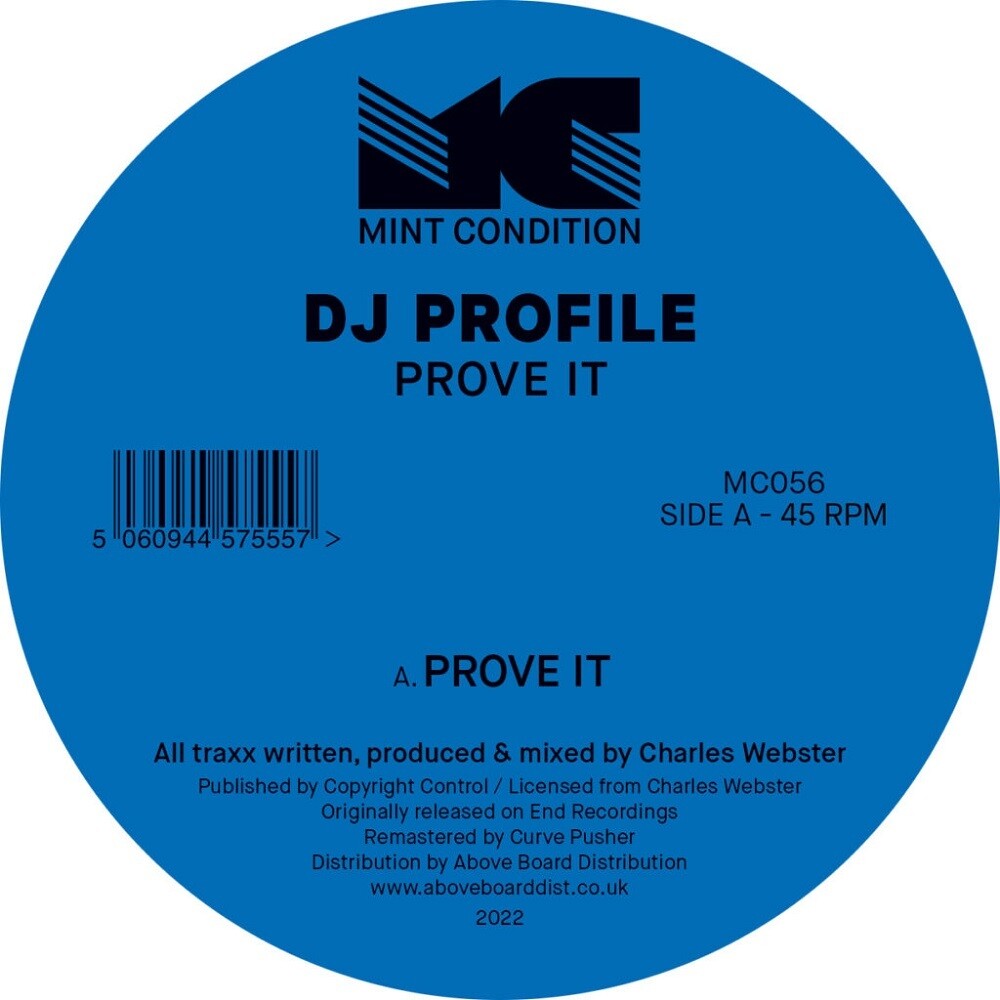 Back in 1997, UK house legend Charles Webster, this time under his DJ Profile alias, unleashed these killer tracks. Originally released on the sorely missed London nightclub The End's label, this fine 12' set a benchmark for what would become a very exciting time for the UK's underground scene, both tracks are widely considered to be up there with Charles' most sought after work.A-side 'Prove It' kicks off with swinging drums that deliver the funk, percussive elements rattle & shake and the low slung bass line keeps the track firmly on the dancefloor. The soothing chords, acid overtones and the evocative vocal hook are mesmerizing and soulful.Over on the flip, 'Realization' is a bumping analogue monster. The kicks are solid, the snares swing and an infectious rolling bass line carries the track throughout. Darker acidic touches sit alongside delicate synth riffs and emotive chords that lift, drift and lose you in a world of wonderfully woozy deep house sonics.Never has the late night dance floor sounded so good, and this slab of wax is a must have that typifies a halcyon period in underground house history. The tracks themselves have remained exciting and relevant, achieving cult status amongst the most discerning DJs, record collectors and music heads alike. Legitimately re-released with the full involvement of Charles Webster, lovingly remastered by London's Curve Pusher from the original sources especially for Mint Condition. 100% legit, licensed and released. Dug, remastered, repackaged and brought to you by the caring folks at your favorite reissue label - Mint Condition!