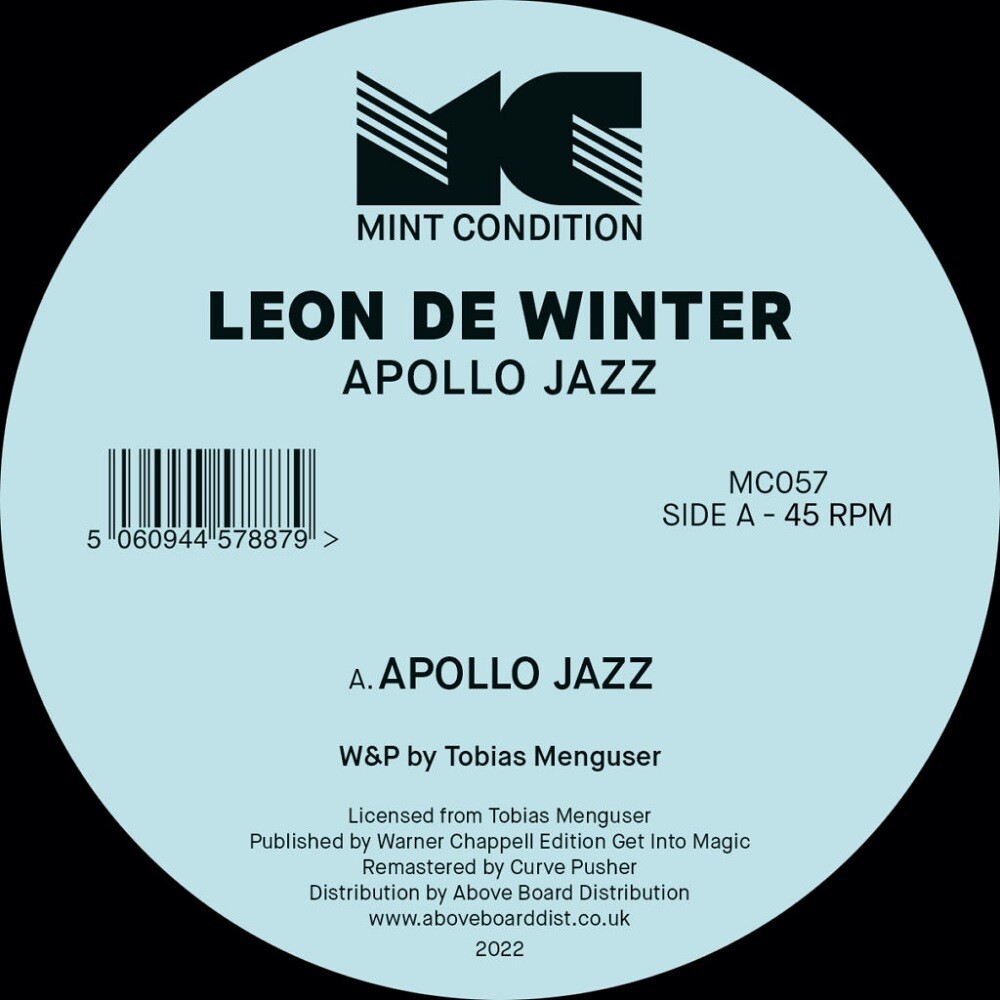 'Tobias Menguser, AKA Leon de Winter, was a very influential figure in the 90's Frankfurt techno scene, releasing around 100 records under various aliases, including collaborations with Ricardo Villalobos, but it was his Leon de Winter alias that really caught the ears of legendary London label Eukahouse, who originally releases this 12' all the way back in 1997. A one-off, it is not only unique in it's sound design but also genre defying, spanning deep house, tech-house, techno, electro and breaks. A-Side 'Apollo Jazz' is truly that, sounding like it was composed from a freeform jam on a trip to the Moon. Opening with emotive chords, the track lifts off and builds, melodies effortlessly twist and turn, superbly pulling together a variety of well crafted synths, bass and percussion whilst keeping the energy to the fore. Over to the B-Side, 'Metamat', is bold and more playful in it's execution, more sonic trickery abounds as the opening riffs and breakbeat percussion give way to a solid 4/4. The bass is as memorable as it is quirky, but again it's the strength in the way all the elements build and combine that creates some real tripped-out musical moments without ever losing it's dance floor appeal. This is one of Tobias's most sought after releases and it's no wonder his collaborative work with Ricardo Villalobos is legendary. The tracks themselves have remained exciting and relevant, achieving cult status amongst the most discerning DJs, record collectors and music heads alike. Legitimately re-released with the full involvement of Tobias Menguser, lovingly remastered by London's Curve Pusher from the original DATs especially for Mint Condition. 100% legit, licensed and released. Dug, remastered, repackaged and brought to you by the caring folks at your favorite reissue label - Mint Condition!