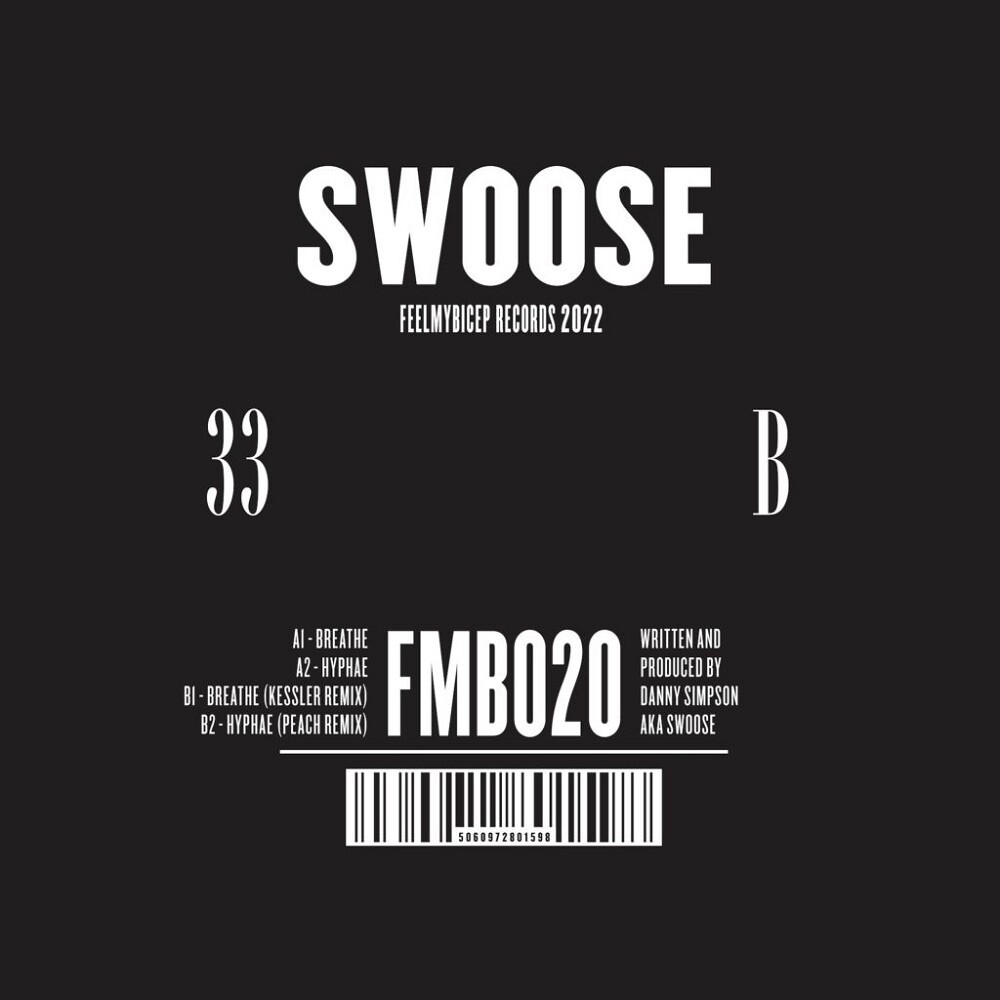 The impact Belfast born duo Bicep have had on Irish music is unmeasurable, capturing the hearts and minds of the next-gen with their future-facing sonics. The pairing started their FMB label in 2012, going on to support a plethora of Irish artists in the process, from Cromby and Hammer to Brassica and Brame & Hamo.The label's latest record comes from yet another Irish artist. Swoose, a name that should be familiar to any Irish electronic lover, began his career handing out flyers for legendary club Stiff Kitten. From here Swoose went on to become a resident of Shine and AVA Festival, and has released a string of killer records on Shall Not Fade and Lost Palms. Now residing in London, his record on FMB brings the OG Belfast dance music community back together for a fittingly euphoric release.Title track 'Breathe' produces poignant undertones and contemplative thought, meditative breaks channeling the producer's fascination with wild flora and fauna. The track's interior begins to distort our sense of time and self, liquid textures forming over celestial harmonies like psilocybin. 'Hyphae' takes a 4/4 approach, while keeping the EP's emotional personality present. It's pulsating bassline is balanced by far-reaching synths and dancing hi-hats, resting in a unified space of motion and color.Rotterdam via Belfast based artist Kessler has been on the tip of everyone's tongue since the return of clubbing. He has released music on Sherelle's BEAUTIFUL black and LGBTQ+ label and his debut Shall Not Fade release was one of the most celebrated EPs of 2021. Kessler's knack to create beautiful, otherwordly soundscapes that are both functional and edge on the side of melancholy are unmatched. His flip of title track 'Breathe' swaps gentler tones for his signature UK-sound inspired drums and crowd-evaporating atmospherics. The arrangements gentle ebb and flow, maintaining that signature blend of pace and etherealness.Toronto's Peach is on hand for the second remix - 'Hyphae - a stripped-back early-morning groover that mixes psychedelia with flexible percussion. The track gives off a subtly uplifting vibe that blends heads-down club with minimal, punchy aesthetic. Just when you thought it was time to go home too