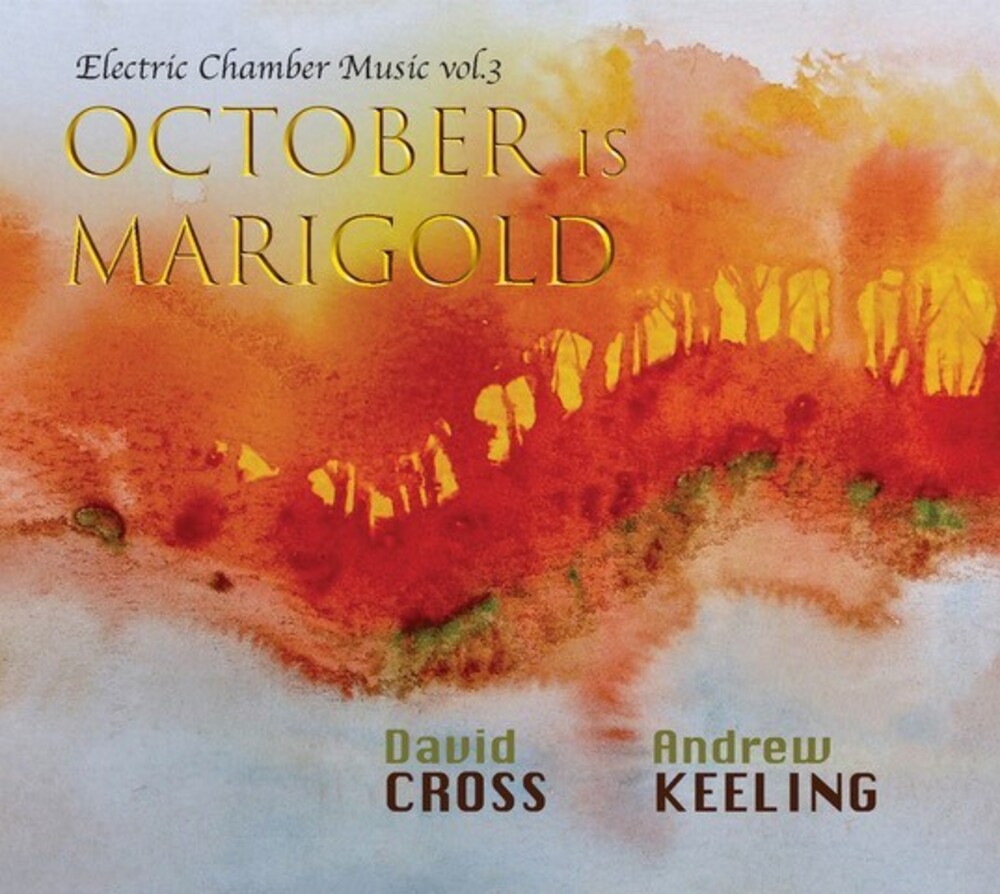 King Crimson Legend David Cross and Composer Andrew Keeling To Release Second Album "October is Marigold" David Cross is best known as a member of King Crimson on the "Larks' Tongues in Aspic" and "Starless and Bible Black" albums. He also leads the David Cross Band and has been a guest artist, recording and performing live with a number of international groups including Stick Men. Andrew Keeling is a composer and musician whose contemporary classical works have been internationally acclaimed. Besides working with David Cross he has also orchestrated the music of Robert Fripp (The Wine of Silence), arranged for Tim Bowness (Abandoned Dancehall Dreams) as well as playing with alt-rock band, The Gong Farmers. Keeling has also written a series of Musical Guides exploring the music of such bands as King Crimson. "October is Marigold" is the second album from David Cross (electric violin) and Andrew Keeling (flute) and it is the third to appear on Noisy Records' 'Electric Chamber Music' label. Perhaps more strikingly than it's predecessors, this recording epitomises the aims of that label to present music designed for an intimate setting which makes use of musical and electronic techniques used in rock. Cross and Keeling's "English Sun" was released in 2009 (followed by a handful of gigs) and the duo recorded much of "October is Marigold" in the same year. These tracks lay dormant until 2020 when work recommenced on the new album. Whereas "English Sun" encapsulates the vibrance of summer, "October is Marigold" portrays darker, melancholic autumnal atmospheres. The music is again mostly improvised, the exceptions being a previously written organ part for the title track and two guitar loops. Although the performances are spontaneous there is a clearer sense of architecture here, with the "Marigold" cello/piano theme arching in four incarnations across the album. Nature continues to be an inspiration, with field recordings of birds finding a natural place alongside pizzicato violin and fluttering flute. Cross demonstrates the full potential of the electric violin with, for example, a haunting, muted trumpet-like sound on the title track and the earthy, evocative use of cello pitched violin. Keeling's flute seems to embody the human response to the realities of nature, breathing, tumbling and bending with the wind. Throughout, there is an uninhibited flow across musical reference points - hints of folk, blues.