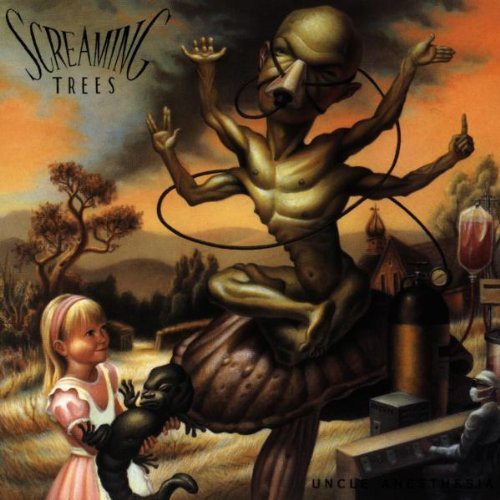 After releasing three albums with Greg Ginn's underground label SST, Screaming Trees broke through in 1991 with Uncle Anesthesia on major label Epic. The band, fronted by Mark Lanegan (who would go on to collaborate solo with band members of Nirvana, Queens Of The Stone Age, Guns 'N Roses and Foo Fighters) is known for its raw psychedelic, whiskey voiced garage rock. This harder edge set the band apart from Seattle grunge contemporaries Alice In Chains and Soundgarden, gaining a loyal fanbase in the process. Uncle Anesthesia is produced by Chris Cornell (Soundgarden, Audioslave) and metal producer Terry Date, known for his recordings of Pantera, Prong, Overkill and White Zombie. Uncle Anesthesia is a essential addition to the Music On Vinyl catalog of Screaming Trees albums!