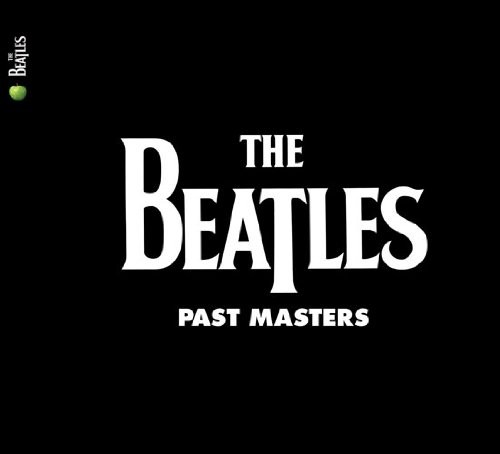 PAST MASTERS is a compilation of singles, B-sides and other tracks that did not appear on the Beatles' original British albums. The Beatles as a general rule did not include their singles on their albums in the UK.

Along with its sister volume, PAST MASTERS VOL. 1 gathers singles, oddities and B-sides together and saves the dedicated Beatlemaniac considerable time and money hunting down this uncommon material. Like the "Red Album," VOLUME ONE covers the first half of the Beatles career from 1962 to 1965. Such was the enormous success of the Fab Four's breakout singles "She Loves You" and "I Want To Hold Your Hand" that their vocals were recut for German versions ("Komm, Gib Mir Deine Hand" and "Sie Liebt Dich" respectively), which were originally slated for the West German market (and are included on this collection) before being released in the States. Always mindful of their influences, the Beatles in their early phase were also notable for their choice of cover songs. Carl Perkins, Larry Williams and Little Richard were all paid tribute to eventually. While Ringo Starr sang "Matchbox" and John Lennon handled "Slow Down" and "Bad Boy," Paul McCartney channeled Richard Penniman. His take on "Long Tall Sally" induces goosebumps and the influence clearly carried over to "I'm Down."

Along with its sister volume, PAST MASTERS 2 gathers singles, oddities and B-sides together and saves the dedicated Beatlemaniac considerable time and money hunting down this uncommon material. Like the "Blue Album," VOLUME TWO covers the second half of the Beatles career from 1965 to 1970. During this time period, the Fab Four stopped touring and focused their energies on studio recordings. The results included some of the Beatles' more experimental forays, like their first use of backwards tape ("Rain") and the breaking of the singles time barrier ("Hey Jude"). There are alternate versions of well-known songs ("Get Back," "Across The Universe"), and songs influenced by Fats Domino ("Lady Madonna") and Indian culture ("The Inner Light"). The most unusual tune included on this collection is "You Know My Name (Look Up The Number)." This highly unusual recording was started in May 1967 and shelved before getting completed in November 1969. The result was an avant-cabaret number conceived by John Lennon, featuring mumbled vocals, Brian Jones' saxophone playing and sound effects replicating the inside of an after-hours club.