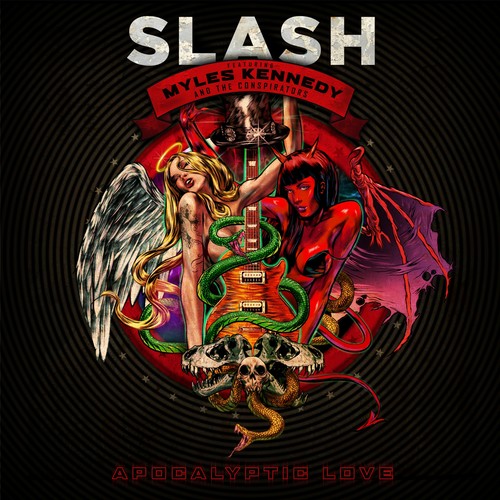 2010's release of Slash's first ever debut solo album was a worldwide success. It garnered both critical and fan acclaim around the globe, debuted #3 on the US Billboard Charts and went on to sell 230k+ albums in the US alone. Supported by 7 tours around the globe, sell out shows, a Super Bowl appearance and countless media appearances, the project set the tone for Slash to be recognized as the true rock icon for today.

"Apocalyptic Love is a true return to form for Slash. Born out of the live band experience that he created on the last album, with a top-notch line up of musicians, this new album promises to be a return to ROCK. A straight forward, balls to the wall rock album that Slash fans have known him for throughout his career. Featuring vocals throughout the album by Myles Kennedy (Alter Bridge), and one of rock's tightest backing bands consisting of Brent Fitz on drums and Todd Kerns on bass, this album promises to further solidify Slash's place atop the Rock world throne.