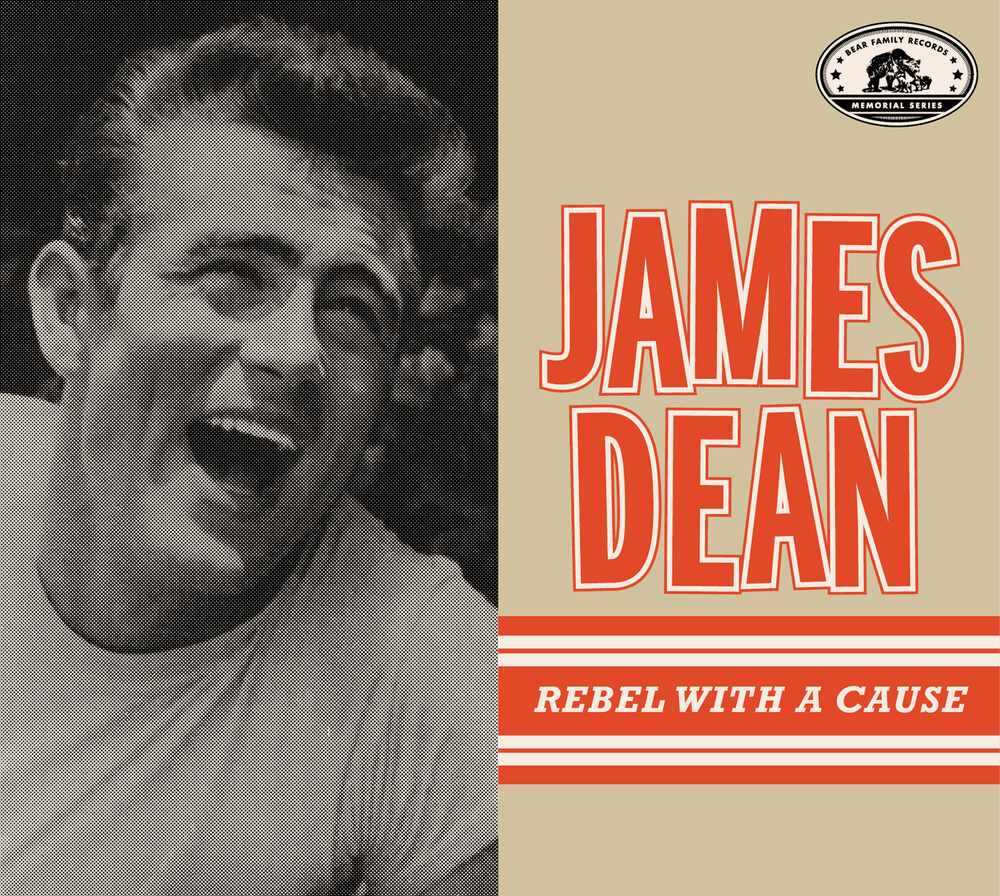 -A tribute to James Byron Dean, who would have turned 90 on February 8, 2021! -A musical journey back in time to Hollywood in the 1950s, when James Dean became a star and rebel with a cause, with only three films. -In addition to selected tunes from the movie soundtracks of the three James Dean films, as well as soundtrack excerpts from 'The James Dean Story' by beatnik jazz icon and Jimmy's friend, Chet Baker with Bob Shank, Dean himself also has his say! -Rare James Dean interviews are heard here as well as the rare private recordings that were released posthumously on single at the time. -A number of contemporary artists pay tribute to James Dean, including rarities by Bobby Poe, German singer Walter Peter, and Dean's longtime girlfriend, Italian Pier Angeli, can also be heard! -That James Dean has become a cult figure beyond his death to this day is evidenced by two tracks from the late 1970s and 90s, respectively, by Bonnie Tyler and the British rockabilly trio The Jets. -Many of the songs are on CD for the first time! The accompanying text in the full-color 36-page booklet is by renowned Chicago music journalist Bill Dahl! 'Rebel Without A Cause' was the just too "grown up" sounding title of the second James Dean movie. Of course they knew what they were doing, they were doing it on purpose. And so was James Dean, not only in his movie roles, but in his life. He was a 'Rebel With A Cause'. Now, on the occasion of his 90th birthday, this unique compilation is released within Bear Family's new Memorial Series, designed not only to pay tribute to contemporary icons and events, but to propagate their unforgettable nature. This CD compilation tells the story and progression from a 'Jimmy Unknown', as sung by Lita Roza, to a Giant, title of James Dean's third picture, who became a cult icon with only three movies to his credit.