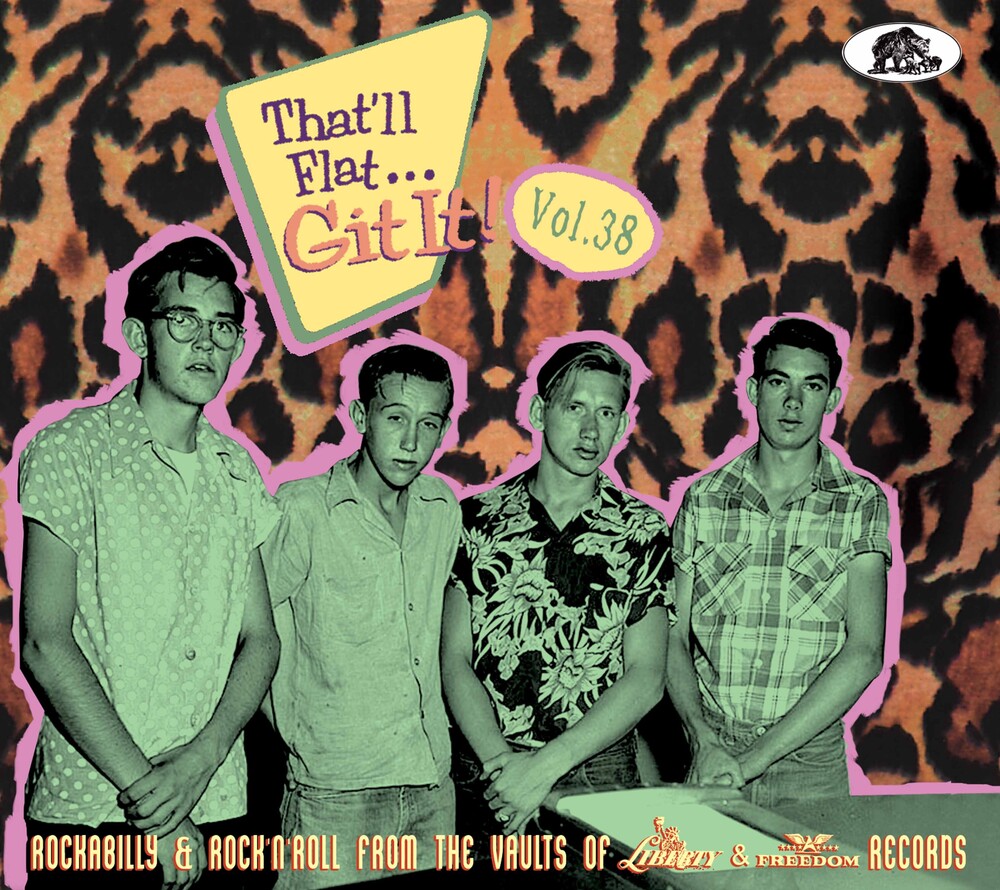 -Bear Family Recordsr provides with the 38th volume in the successful CD series 'That'll Flat Git It!' the first comprehensive and carefully conceived showcase of the rockabilly and R&R recordings on Liberty Records and it's sub-label Freedom. -Among the best-known Liberty and Freedom rockers were Eddie Cochran, Bobby Vee, Johnny Burnette and Johnny Olenn. -Our compilation also presents fellow artists like Al Casey, Bobby Lonero, Jackie Dee (who should be more familiar to music lovers as Jackie DeShannon), or Lee Ross and Wally Lewis - lesser known, but by no means musically any weaker! -Carefully restored and remastered recordings. -DeLuxe packaging with extensive liner notes by Bill Dahl and in-detail discographical information. Liberty Records was founded in 1955 on the US West Coast as an independent label specializing in film music. In it's first year, singer Julie London delivered the fledgling label a smash hit with Cry Me A River, and a year later legendary pianist and film composer Henry Mancini signed with Liberty. However, he left the label in 1958 and spent the next 20 years working for RCA Records. Liberty Records offered a wide range of musical styles and produced - to the astonishment of many rockabilly and rock 'n' roll fans - a number of excellent recordings. Eddie Cochran was the best-known and most successful rock singer on Liberty, with hits such as Sittin' in the Balcony (1957), Summertime Blues and C'mon Everybody, followed by Johnny Burnette and Bobby Vee, who joined Liberty in 1960 and recorded Suzie Baby. Moving to the well-known corporate address on Sunset Boulevard in 1958, Liberty established Freedom, an extremely short-lived secondary label that did not survive through 1959. For the 38th issue in our renowned 'That'll Fat Git It!" CD series, we've compiled 37 recordings from the extensive Liberty/Freedom catalog and had Bill Dahl comment on them in extensive liner notes.