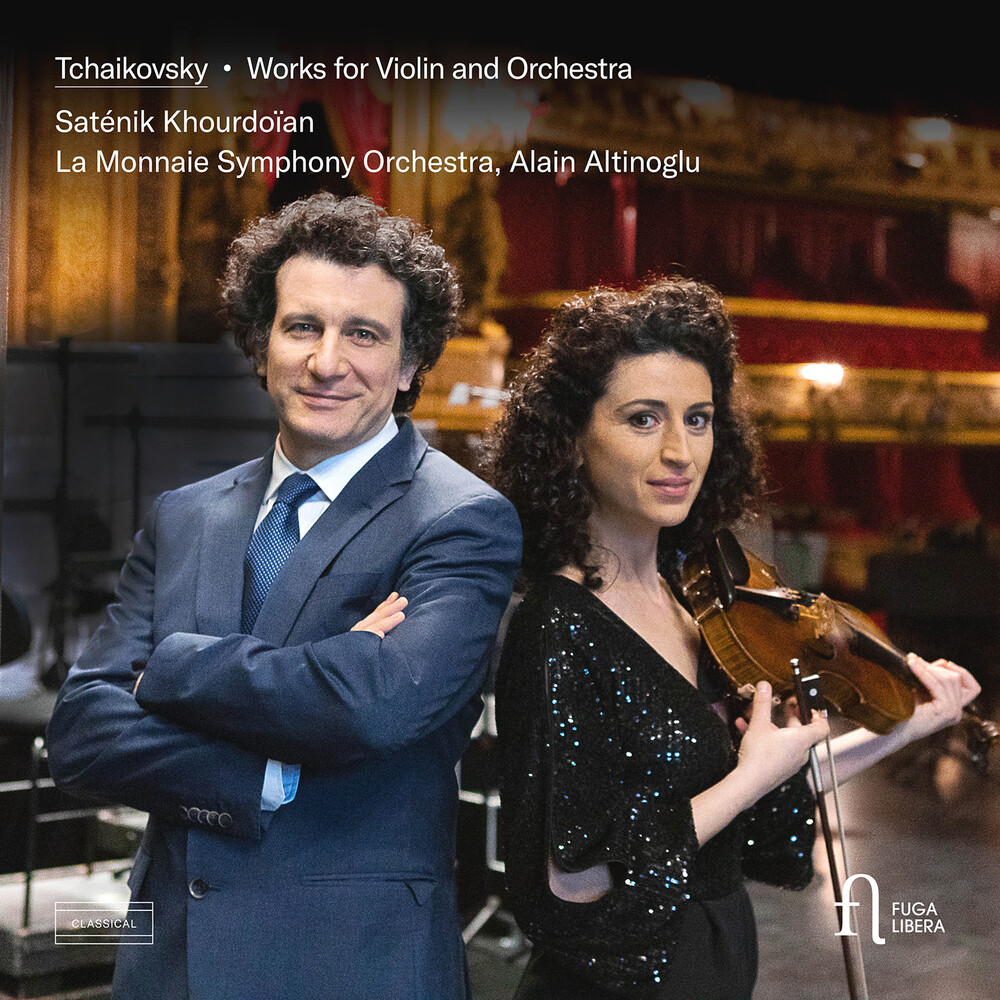 Exchanging roles between soloist and Konzertmeisterin, the accomplished young violinist Saténik Khourdoïan here makes her recording debut in an exciting programme with La Monnaie Symphony Orchestra and it's acclaimed Music Director Alain Altinoglu. Perhaps best known to the general public for his ballet Swan Lake, the ardently Romantic composer Pyotr Ilyich Tchaikovsky is also much admired for his concertante works. His Violin Concerto, considered one of the most virtuosic and one of the most frequently performed around the world, was written at a time when he was head-over-heels in love with one of his students, Iosif Kotek, to whom he originally wanted to dedicate the work. The ballet Swan Lake features some of the finest pieces ever written for the violin, some of which have been selected for this album. As an encore after these two major works, the conductor swaps his baton for the piano and joins his soloist in the nostalgic dream of the Valse Sentimentale.