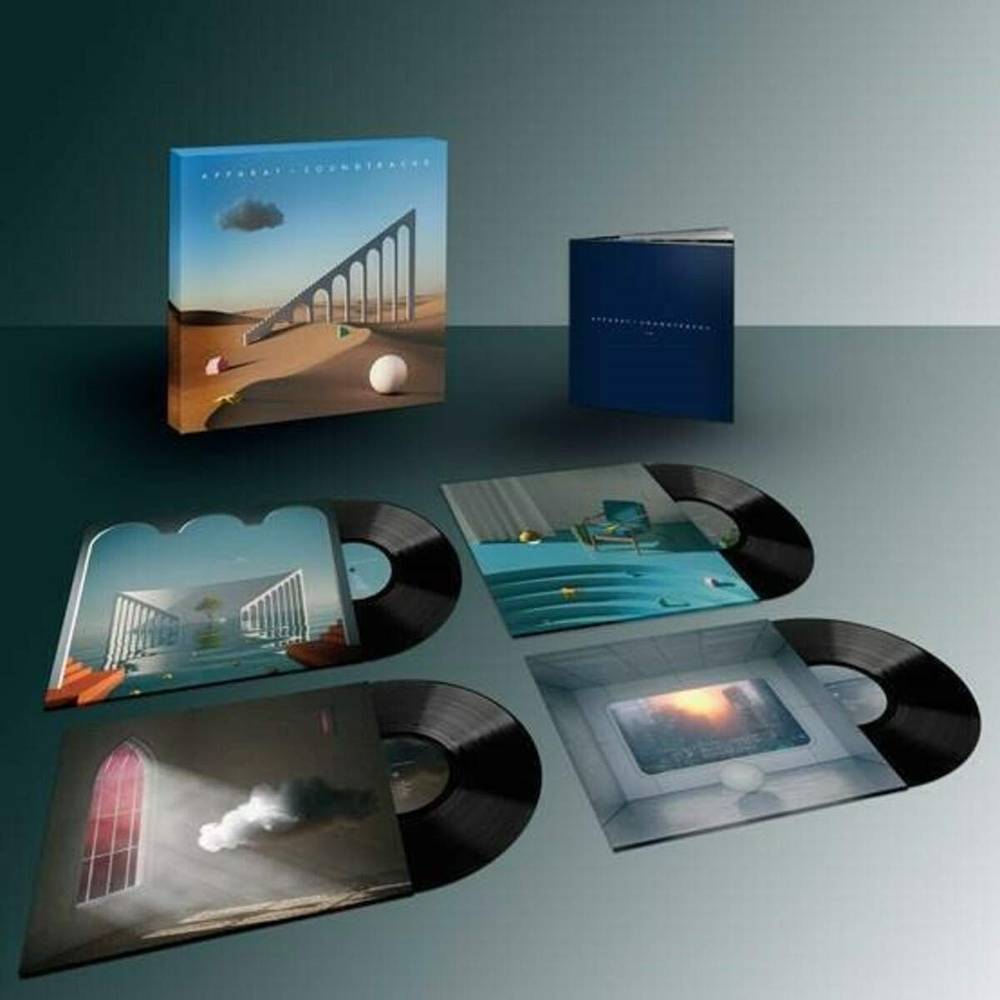 Soundtracks is the complete set of Apparats (aka Sasha Ring) four film score chapters, released digitally across 2020 and now available for the first time on vinyl. The box set comprises the successive releases Capri-Revolution, Stay Still, Dðmonen and Equals Sessions. Capri-Revolution, the Italian-language directed by Mario Martone, won Best Soundtrack at the Venice Film Festival alongside a David di Donatello, the Italian equivalent of an Academy Award. Stay Still is an independent German/Italian film directed by Elisa Mishto. Based on a theatrical production of Dostoevskys Demons, Dðmonen was originally performed live by Ring and frequent collaborators, Philip Thimm and Christoph Hamann. The tracks were later re-arranged for Apparats second collaboration with director Sebastian Hartmann after Krieg und Frieden (Tolstoys War and Peace). Equals Sessions, from the American film Equals, stars Kristen Stewart directed by Drake Doremus, and premiered at the 72 nd Venice Film Festival in 2015. This exclusive box set will include a 16-page booklet, with artwork by George Tyebcho and Carsten Aermes.