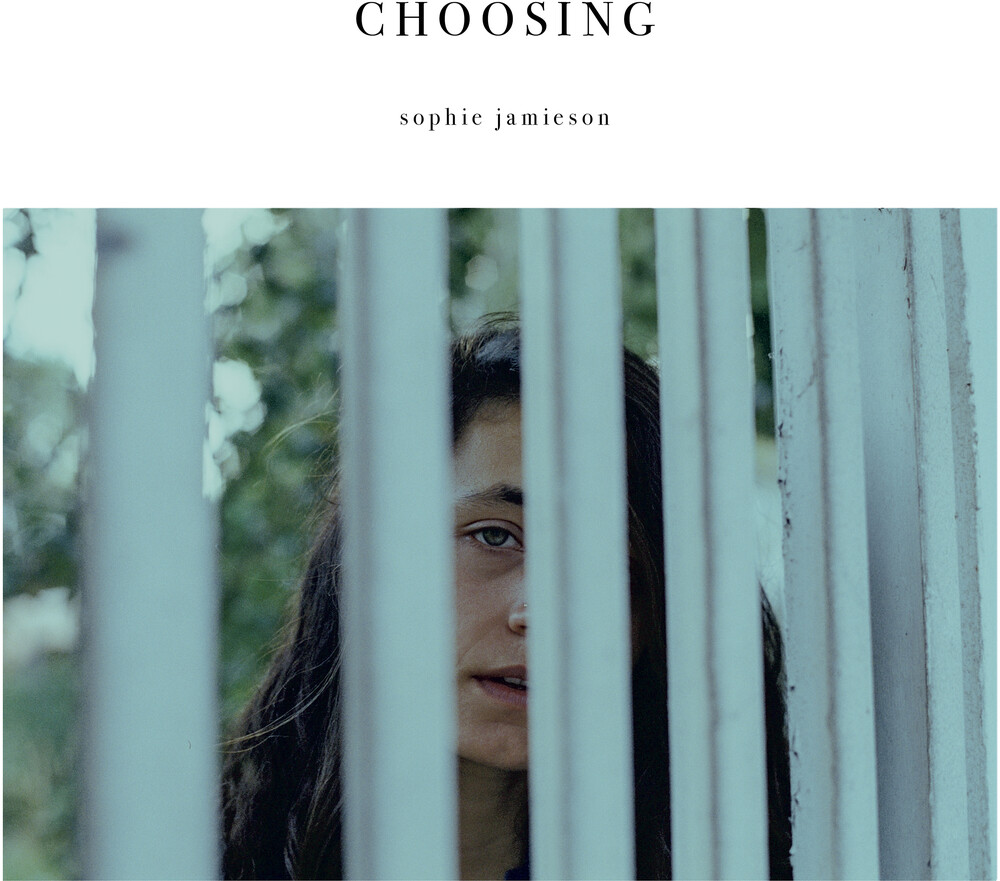 In the hazy aftermath of it's completion, London-based singer-songwriter Sophie Jamieson noticed that water was a recurring theme throughout her long-awaited debut album Choosing. Though it was never a central part of her thinking while writing the eleven songs that make up the album, water appears in various forms and it feels ever-present. The album detailing Sophie's own long and punishing struggle against the tide, constantly reflecting on the binary choice of whether we allow ourselves to sink or choose to push ourselves above the surface. Choosing is a strikingly personal document of a journey from a painful rock bottom of self-destruction, to a safer place imbued with the faint light of hope. Focusing on the bare bones of each song, and taking inspiration from the direct and melodic work of songwriters such as Elena Tonra, Sharon Van Etten, and Scott Hutchison, it's an album that sings openly of longing and searching, of trying, failing, and trying again - and always and throughout, the strength of love in so many varying forms. Following on from the pair of EPs she released in 2020, Choosing finds it's own shape by a subtle reforming of Jamieson's sound. Where those EPs flirted with playful experimentation, here the overriding sound is both organic and simpler - live drums, bass, cello, and piano are used across the album - allowing space for Sophie's mesmerising voice to take the spotlight, the songs delivered with the most direct and intimate impact.