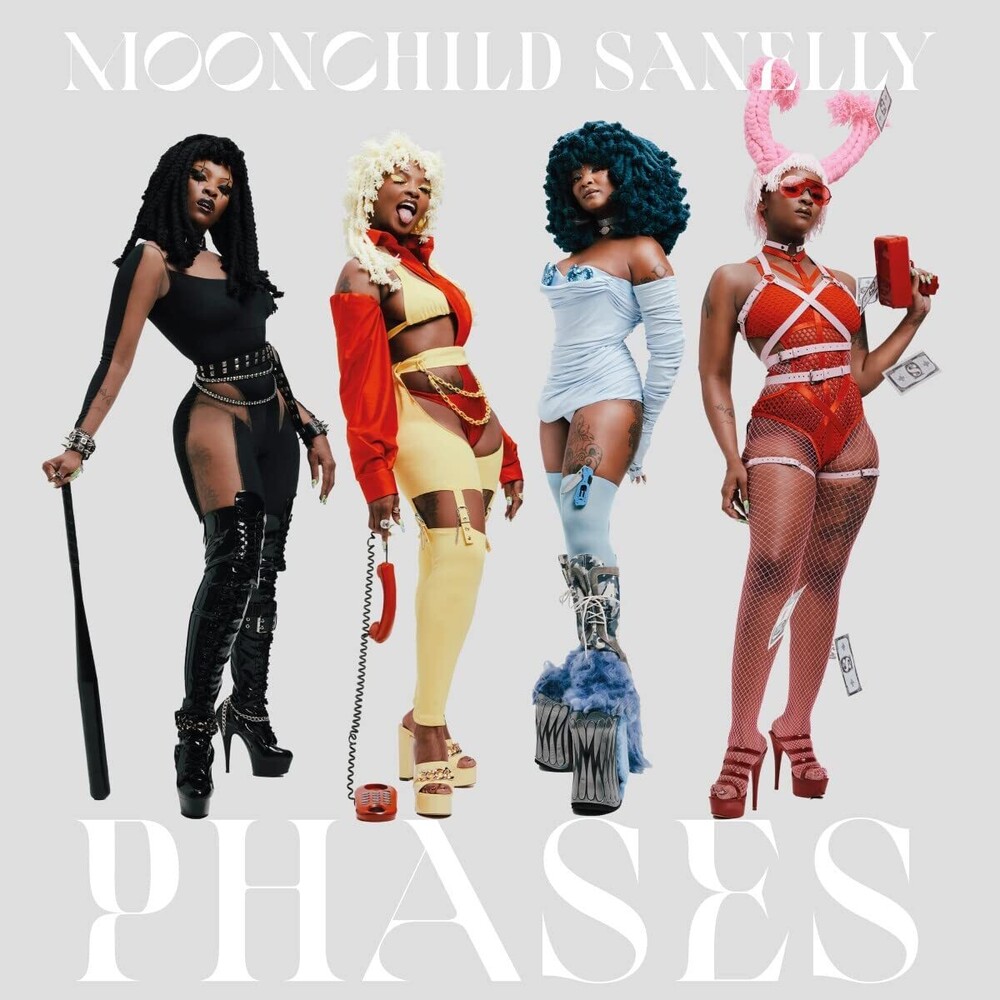 Moonchild Sanelly is South Africa's "Queen of Gqom." Fom her award-winning debut album Rabualpha!, to her recent collaborations with Beyoncé, Gorillaz, Die Antwoord, Wizkid and Diplo, she is a superstar on her home turf, famed for her ability to write incredible lyrics and stunning melodies. Her electrifying stage energy, infectious voice, killer hooks and unique style make her one of the most sought after acts today, whilst her outspoken approach to female sexual empowerment makes her one of the most poignant. Forming a sonic foundation that veers between Amapiano, Gqom, grime, pop, house and R&B while showcasing her vocal talents on more downtempo songs, the 19 tracks on Phases, document the varying chapters of a toxic relationship and subsequent freedom. A double album, the first side is a journey through the relationship with production reflecting those different moods and aspects of her personality; the second side, leads into a clubbier amapiano space. "The inspiration came from being in a relationship that got me writing so much; there was a point where I messaged my manager to say 'I'm sticking with this relationship until I finish the album because I'm getting so much content'!" she remembers.