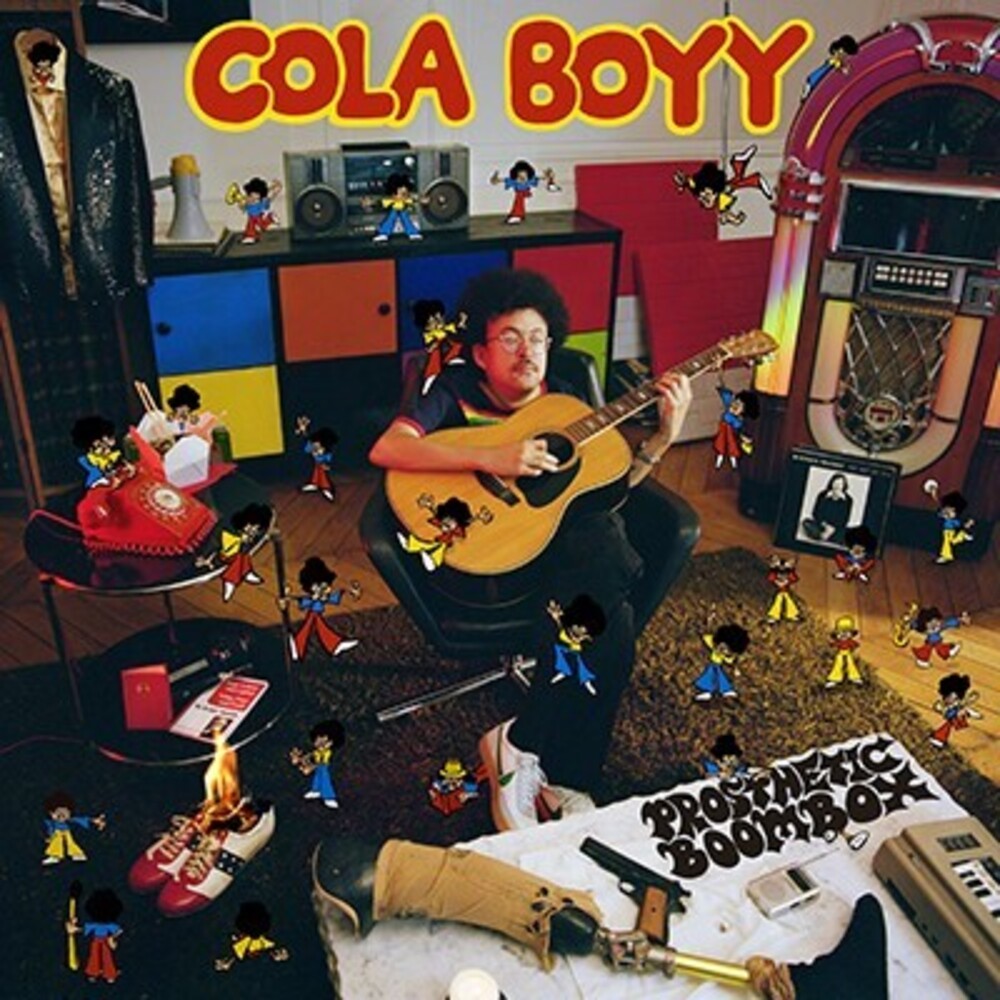 There's liberation on the dance floor in the songs of Matthew Urango - glimpses of revolution that glimmer beneath the disco ball. "I want my music to bring people together," says the Californian pop innovator, best known as Cola Boyy. "Because standing together is our best chance at fighting this shit show." The shit show in question is a broken, brutal system the acclaimed multi-instrumentalist has witnessed up-close. Urango was born with spina bifida and scoliosis in Oxnard, California: a town in which almost 30,000 are estimated to live in poverty. Prosthetic Boombox, his eagerly awaited debut album, might at first glance seem a joyous confetti-burst of pop eclecticism, engineered to sound like "scanning between stations on a car radio, landing on all these different sounds and styles" as Urango puts it. Dig deeper, though, and you'll discover a simmering sense of rebellion. "The working class are injured, struggling to pay rent and struggling to put food on the table," he says. "I want to represent that." Prosthetic Boombox achieves that goal in a thrilling flurry of inventive indie, funk and soul: take Urango's car radio analogy, place it in a time-travelling Delorean with Prince in the passenger seat, and you're half-way there. Look no closer than Prosthetic Boombox's euphoric opener, the Avalanches-assisted 'Don't Forget Your Neighbourhood.' The track - which Urango says mixes "the Beach Boys, French disco, house keys and ragtime piano, kinda like the Cheers soundtrack!" - ends with lyrics urging listeners to "fight for your town with your fist closed, strike it and make it more than just a memory." It's a reminder that the working classes need to "turn our fists against our oppressors instead of each other," he explains. After that emphatic introduction comes a horn-laced funk wig-out titled 'Mailbox' - a song that gives Dua Lipa's Future Nostalgia a run for it's Studio 54-themed money, featuring rising Londoner JGrrey. Elsewhere, 'Song for the Mister' ventures into smooth R&B territory, before 'Roses' - a collaboration with Myd of Ed Banger fame - offers a bouquet of bustling disco guitars and infinite bisous of Connan Mockasin's band drops in on the immaculate 'Go the Mile'. Urango saves his most introspective moment for the album's starry closer. 'Kid Born in Space', a cosmic collaboration with MGMT frontman Andrew VanWyngarden, sees the artist reflect on what he once had to overcome as a disabled person of colour. "I see them looking down on my dreams of being," he sings tenderly. "I hear them making fun of my voice, but I keep on moving forward, I refuse to live in anyone else's shadow." Prosthetic Boombox, on this subject, is more than an album title - it's a statement of intent."The message of my music is that our class is exploited, oppressed and murdered on the daily. That's not right, and the system that enables that deserves to be wiped off the face of the earth," he says. "The only way that happens is if we're united. That's the point of my music - to relate to people and unite them." And what unites more than raucous, irresistibly danceable pop? Prosthetic Boombox is a riot of joyous grooves and catchy hooks for good reason. "I want to reach and spread my message to as many people as possible. You can't do that if you're some obscure motherfucker, you know?" he laughs. Don't bet on him being an "obscure motherfucker" for long.'