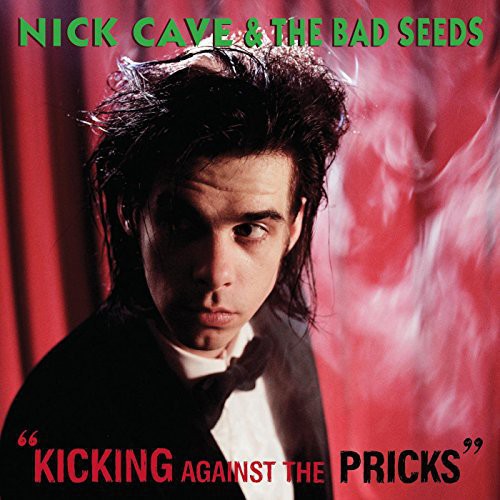 2014 180 gram vinyl LP pressing reissue. Kicking Against the Pricks' is Nick Cave & the Bad Seeds' third album, released in 1986. For this record, which consists of cover versions, the Bad Seeds line up is Cave, new drummer Thomas Wydler, Mick Harvey, Blixa Bargeld and Barry Adamson. Cave would later downplay the importance of the record but said it helped the band develop musically. Remarking on the song selection, Cave said, 'They were all done for different reasons. Basically a list of songs were made and we tried to play them. We tried songs by all sorts of people that never got on the record. Some songs were tributes, like the Tom Jones song; others, we didn't think were ever done particularly well in the first place. Some had haunted my childhood like 'The Carnival Is Over'. The strings were arranged by Mick Harvey & played by the Berliner Kaffeehausmusik Ensemble. 'The Hammer Song' is an entirely different song from the track with the same title on the 1990 Bad Seeds album 'The Good Son'. Vinyl transfer approval overseen by Mick Harvey during Summer 2014 cut at Abbey Road Studios. This edition, approved personally by Nick Cave, is finally available again on it's original format.