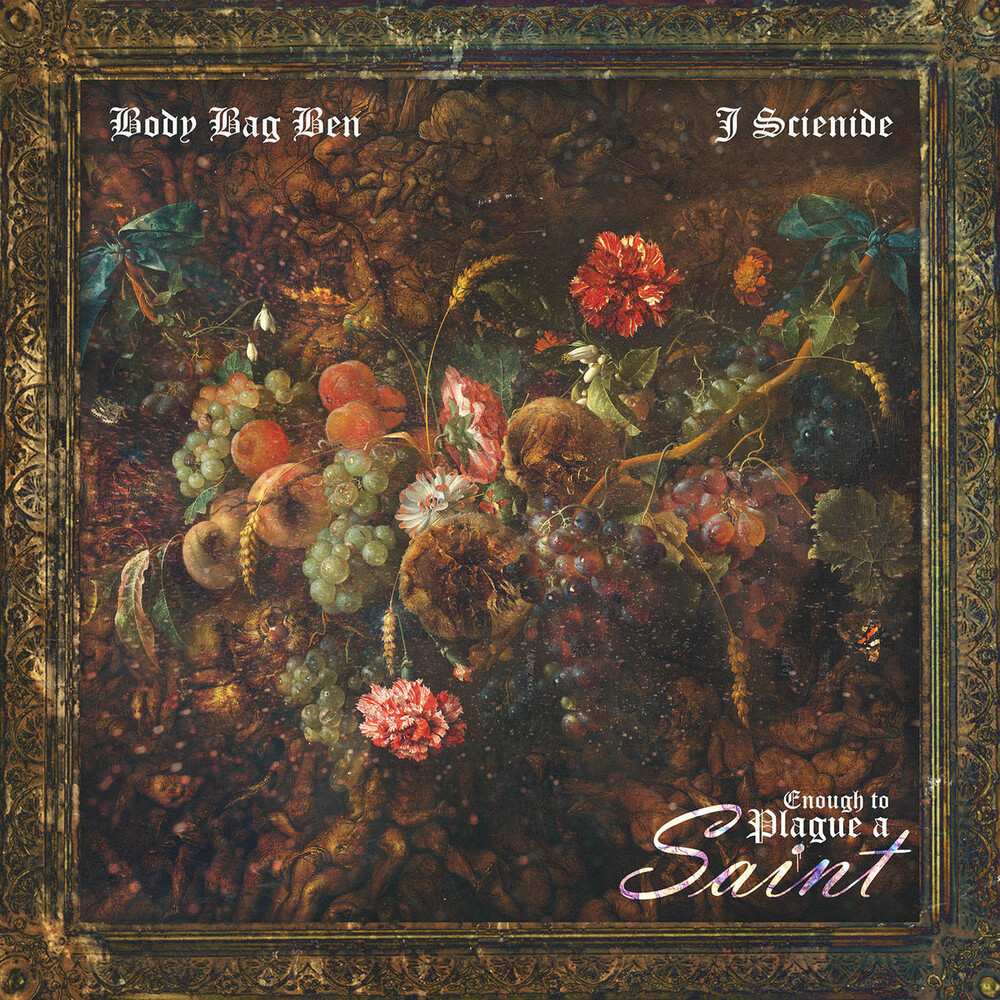 Oxnard CA, Triple Threat Producer/Emcee/DJ Body Bag Ben drops new album with Washington DC based Emcee/Producer J Scienide "Enough To Plague A Saint" Ben has been busy with production credits from M.O.P, Canibus, and his latest project "Hide The Body Bag" with BSF/Griselda affiliate Rick Hyde. J Scienide is coming off the massive success of his latest album "Stray From the Pack" with legendary Producer/Emcee Kev Brown. "We started working on this album right at the height of the pandemic while on lockdown. Ben kept sending me beat after beat daily. My creativity was sparked after many nights of listening to straight up head nodders. The Album features some of hip hop's elite wordsmiths Rome Streetz, Rasheed Chappell, Napoleon Da Legend, Wordsworth and Ill Conscious. Limited to only 150 copies!