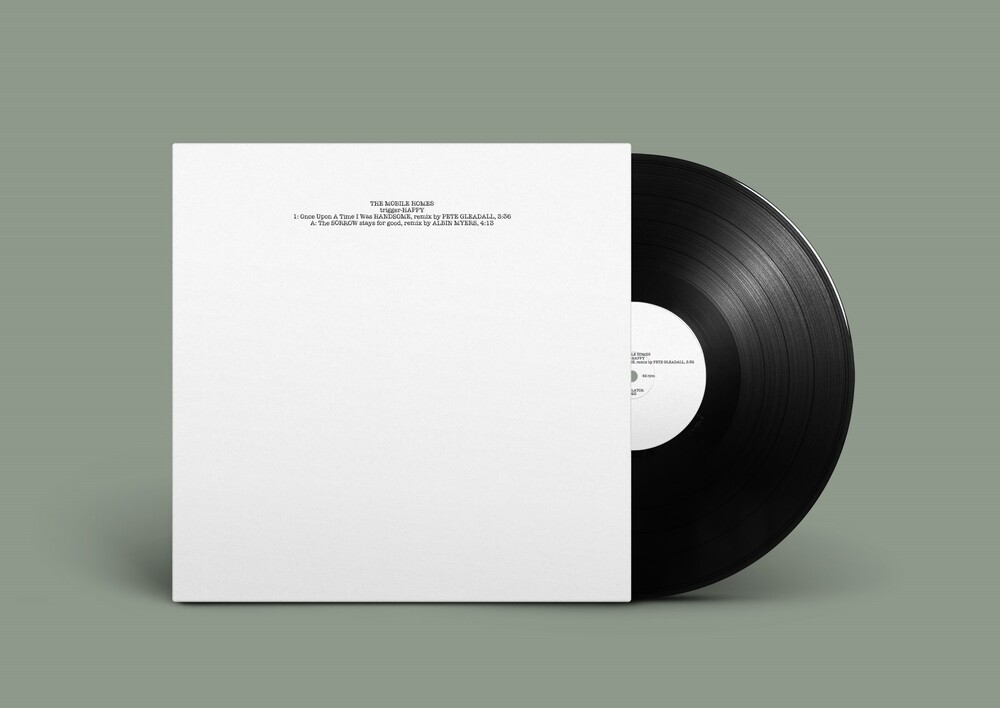 (Please call first)
DISC: 1
1. Once Upon a Time I Was Handsome (Pete Gleadall Remix)
2. The Sorrow Stays for Good (Albin Myers Remix)

Two tracks from the latest album of The Mobile Homes gets remixed by two of the biggest in scene, Once Upon A Time I Was Handsome, remixed by the mighty Pete Gleadall & The Sorrow Stays For Good, remixed by the mastermind Albin Myers. Pete Gleadall is a producer, engineer, programmer, songwriter, and musician, who's love of music has led to his involvement in the recording world since the late 80s. Albin Myers 2008, Albin released his first titled Ultra Beat EP. The following year, he released a take on the classic Foo Fighters' song "Times Like These". This track was particularly successful in Australia & Brazil and has since been licensed globally and has been supported by the top DJs in the dance music industry. In 2011, he remixed Avicii's "Fade Into Darkness" which became a staple in the sets of many artists and DJs across the dance music scene. He later had further success with his release of "Hells Bells" in 2012, on Dim Mak Recordings, which became somewhat of a cult classic. 2016 saw his first release on Axwell's label Axtone. "What's The Time?" kicked off a prolific year of numerous international festival appearances, and a slot at Avicii's last ever live show, at Ushuaia Ibiza.