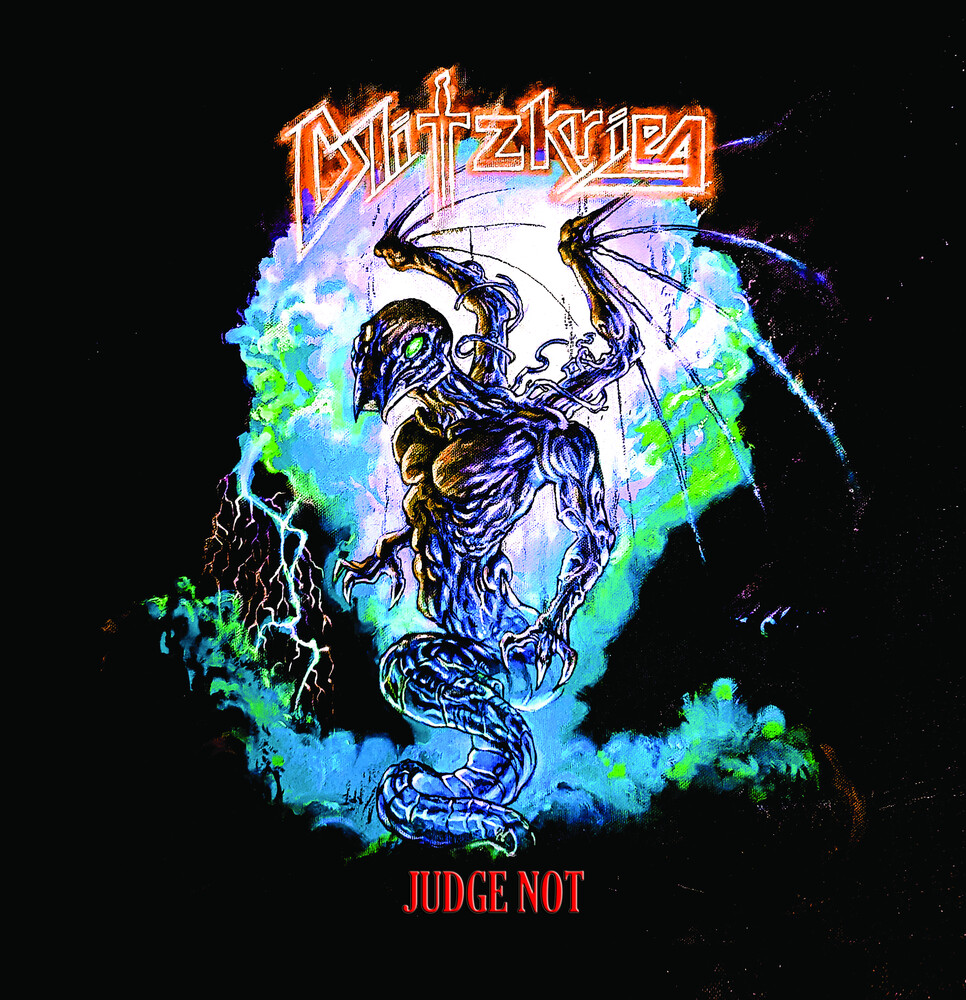 For fans of Blitzkrieg, Satan and NWOBHM 'Judge Not' is although five years later in the Blitzkrieg world, a continuation from where the band left off from that last album release. Once again solidifying the bands roots in the British metal genre. The Newcastle based quintet whose heritage evolves from the `New Wave of British Heavy Metal` era some thirty-five plus years ago in the UK, and the connection with Metallica for the times the Bay Area metal giants have covered the bands anthem 'Blitzkrieg' over the years, and still sporadically play it in their live set. When the connection with Mighty Music had been made, and the band were offered a new home by the label and the opportunity to release a new album to a wider public. 'We`re all really excited in the band about the release of the new Blitzkrieg album especially after how well the `Reign of Fire` ep turned out to close out last year, the reviews and response to that has been very good. This will be the bands first recorded new material since 2013! We all hope everyone enjoys listening to the new material as much as we enjoyed the production and recording of 'Judge Not' says Ken Johnson, guitars. The album was recorded in Newcastle UK at Downcast Base HQ by Phil Davies, but the band elected to use a different studio this time around for mixing, and because the band all admire the work that the Hansen Studios do, most notably the mix of the Pretty Maids Pandemonium album, Jonas Haagensen came on board from the Hansen Studios to mix the album.