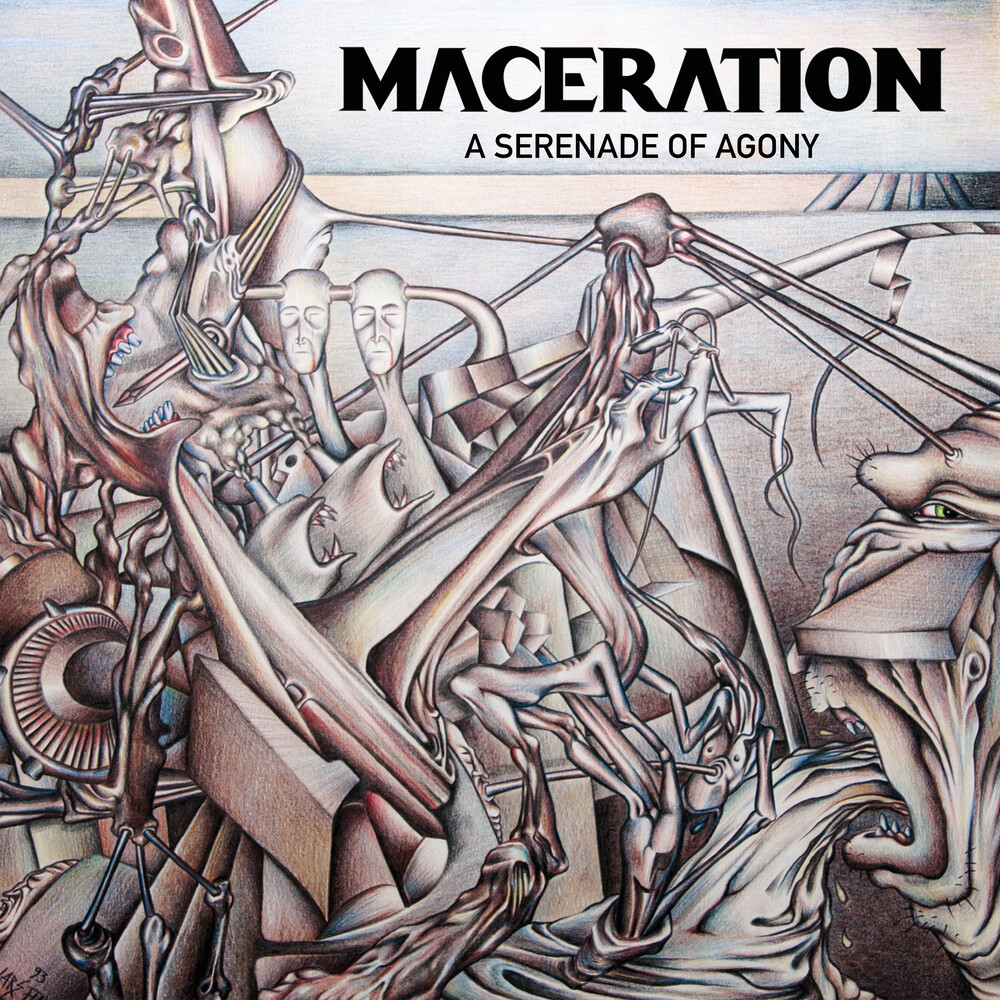 FOR FANS OF INVOCATOR, AUTOPSY, OBITUARY & REPULSION. Maceration was, undisputedly, on the forefront of the first wave of death metal bands in Denmark. Formed In the last year of the 80s, the group quickly picked up a large fan-base in the then-forming extreme metal underground and released a live tape of their first concert in 1990. But it wasn't until 1992 that Maceration released their debut studio album (and only one so far), titled "A Serenade Of Agony". The biggest scoop for that album was to get Dan Swanö (Bloodbath, Edge Of Sanity, Nightingale) to record the vocals for the album, under the pseudonym Day Disyraah. With Swanö doing vocals, "A Serenade Of Agony" was everything Maceration envisioned for their debut album and more: a big slap of death metal with thrash influences, with brutal, precise and violent assaults to your ears, not unlike Obituary and Master. Over the years, the album has grown in charm and rotten atmosphere, having also benefit, for this re-release, from a remaster done by the band's own guitar player Lars Bangsholt. In the CD reissue of "A Serenade Of Agony", you'll get nothing less than 11(!) bonus tracks, taken from Maceration archive vaults: The Rehearsal Tape 1990, the official Demo 1990 and two songs recorded live in 1992 and 1993. All remastered, with individual line-ups and rounded up by liner notes, in a must-have reissue of the Danish finest early 90s death metal band