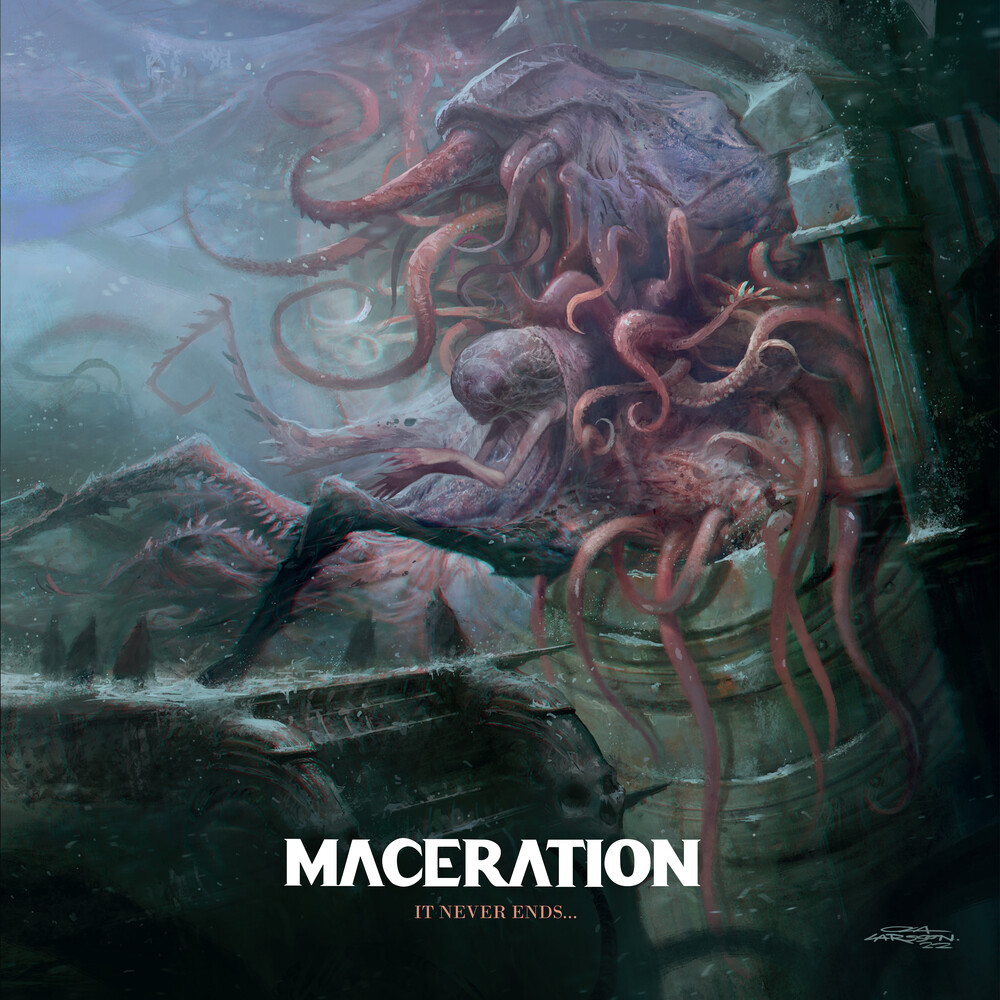 DISC: 1
1. Lost in Depravity
2. Epiphany of the Past
3. Arcane Secrets
4. It Never Ends
5. Engulfed in Agony
6. A Sacrifice of Pity
7. On the Edge of Nothing
8. Tender Twigs of Innocence
9. Monolith of the Cursed

Vinyl LP pressing. 2022 release. It's official. Maceration hiatus is over and the Danish death metal band releases their album It Never Ends... featuring death metal legend Dan Swanö - Edge Of Sanity, Bloodbath etc. - as a vocalist. This happens 30 years after the release of their debut and only studio album this far. The Danish band played a pivotal role in the local death metal scene, being among the pioneers of the style in Denmark. Their A Serenade Of Agony album, also with Dan Swanö on vocals and members of pioneers Invocator, paved the way for a whole generation of Danish death metal bands to follow.