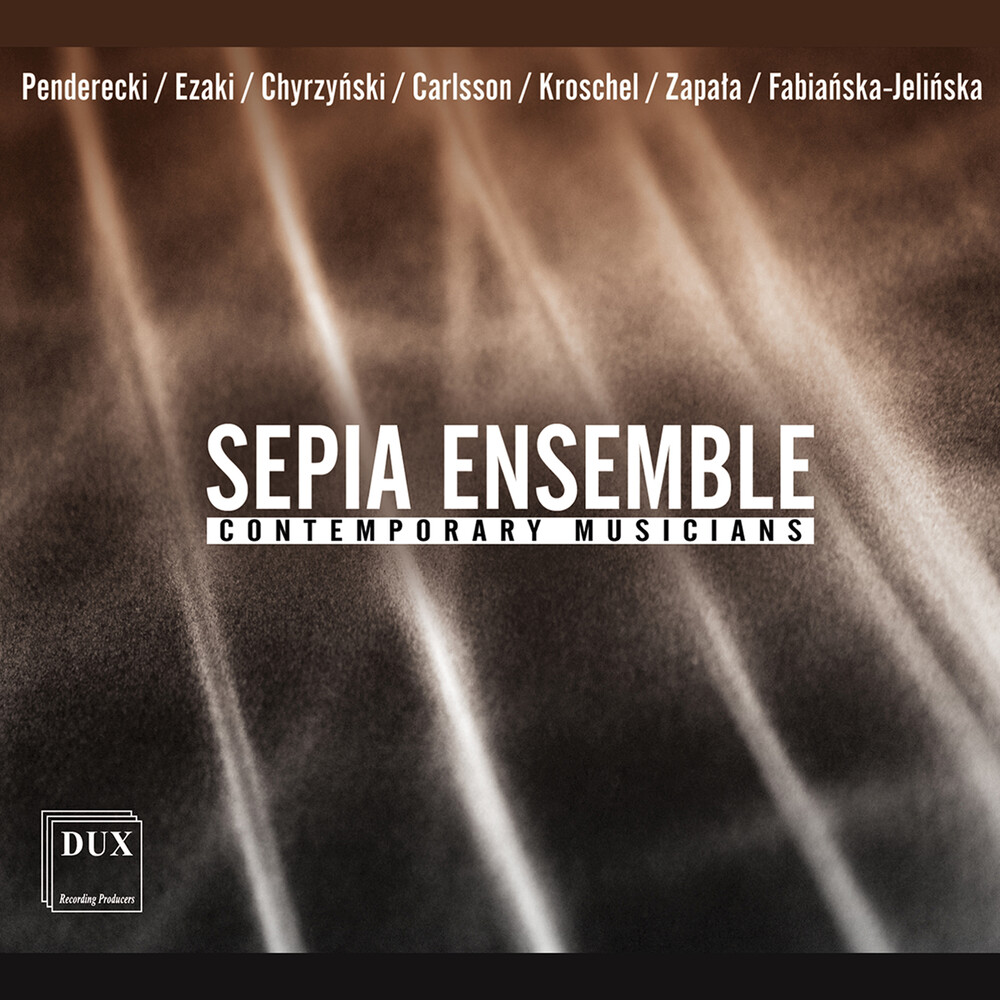 SEPIA ENSEMBLE is one of the few contemporary music ensembles in Poland. It was established in 2012 in Poznan on the initiative of Artur Kroschel and Rafal Zapala. It consists of musicians who share a special passion for performing latest music. The artists often extend acoustic sounds to include electronic means. The core of the group consists of eleven musicians/soloists performing in various configurations, from solo to large ensembles. In December 2012, the ensemble implemented two projects to celebrate the Year of Cage, which consisted of the American artist's works. A year later, the musicians performed twice at the 'Musicacoustica' Electro-acoustic Music Festival in Beijing, devoting one concert to electroacoustic music and the other in tribute to Witold Lutoslawski. Since 2013, the Sepia Ensemble has been the ensemble-in-residence at the Festival of Contemporary Music 'Poznan Music Spring.' As part of the Festival, the musicians have premiered works by recognized Polish and foreign composers, including Rafal Zapala, Artur Kroschel, Jaromir Gajewski, Chang Seok Choi, Kaveh Djodat, Arshia Samsaminia, Idin Samimi Mofakham, and Rein-hard Karger.