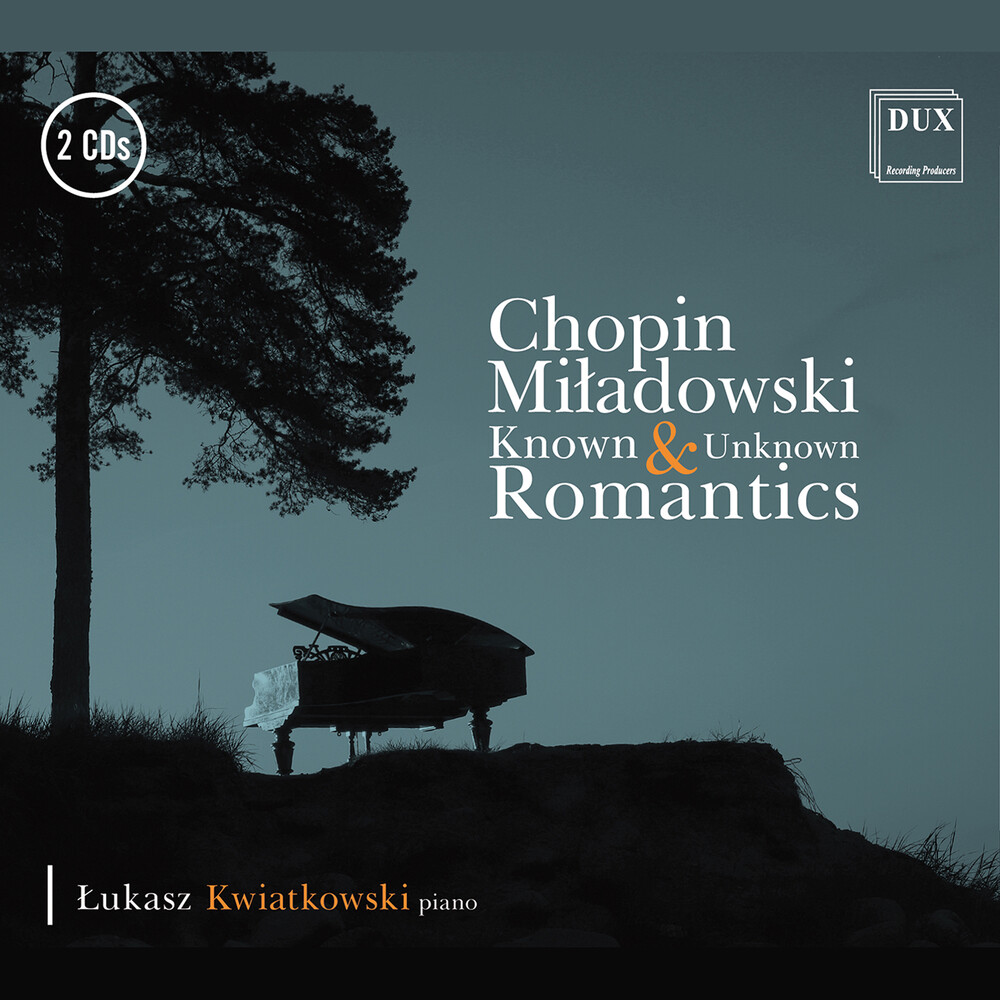 Juxtaposing recordings of two composers on one album, one of which is known all over the world and the other completely forgotten, is surprising and requires breaking mental patterns. Fryderyk Chopin (1810-1849) needs not be introduced to anyone; his oeuvre is performed, admired and commented almost all over the globe. In turn, we know almost nothing about Florian Stanislaw Miladowski (1819-1889). Therefore, the DUX initiative, which restores the memory of this forgotten output by putting it in the context of an era whose best showcase is Chopin's music, is all the more valuable. It is no coincidence that the works presented on the album represent similar music genres, belonging to romantic resources, intimate in their reception. We can find here mazurkas, impromptus and the Polonaise in B-flat Major by Miladowski as well as mazurkas and nocturnes by Chopin. The latter is better represented on our two-disc album: we will also find here four Scherzi and the Variations in D Major on Là ci darem la mano from the opera Don Giovanni by Mozart. Therefore, listeners can prepare for a genuine piano feast, in which two different individuals, two voices from the past speak a similar musical language, testifying to the era of romanticism with their music. Lukasz Kwiatkowski, a talented young Polish pianist with many prizes, honorable mentions and performances with famous orchestras under his belt, will play the piano. He also develops his musical passions by working as a scientist - he is associated with the Academy of Music in Lódz as a researcher and lecturer.