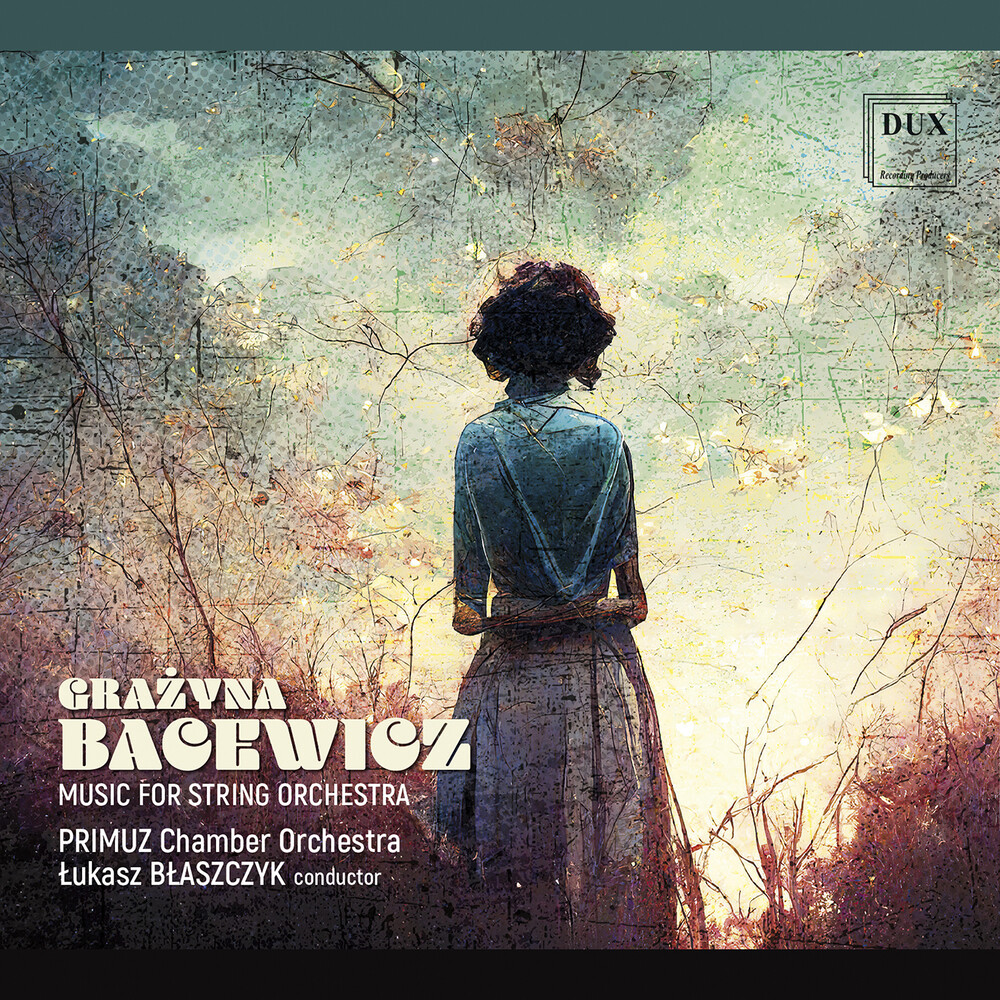 Grazyna BACEWICZ was born on 5 February 1909 in Lódz. In 1919, she joined the Helena Kijenska-Dobkiewiczowa Music Conservatory in Lódz, where she took violin and piano lessons. After her family had moved to Warsaw, she continued her education at the local conservatory under the supervision of Kazimierz Sikorski (composition), Józef Jarzebski (violin), and Józef Turczynski (piano). In 1932 - thanks to a scholarship funded by Ignacy Jan Paderewski - she began a two-year study at the École Normale de Musique in Paris under Nadia Boulanger. In 1934, she returned to the French capital, this time to complete her education with respected violinist Carl Flesch. A year later, she was awarded the first honorable mention in the 1st International Henryk Wieniawski Violin Competition. Since then, for 18 years, she had also been active as a concert violinist. In 1953, Bacewicz abandoned stage activities, focusing almost exclusively on composing and teaching. In 1966, she took the composition class at the Higher State School of Music in Warsaw. The artist died on 17 January 1969. The present release is a showcase of her music for string orchestra.