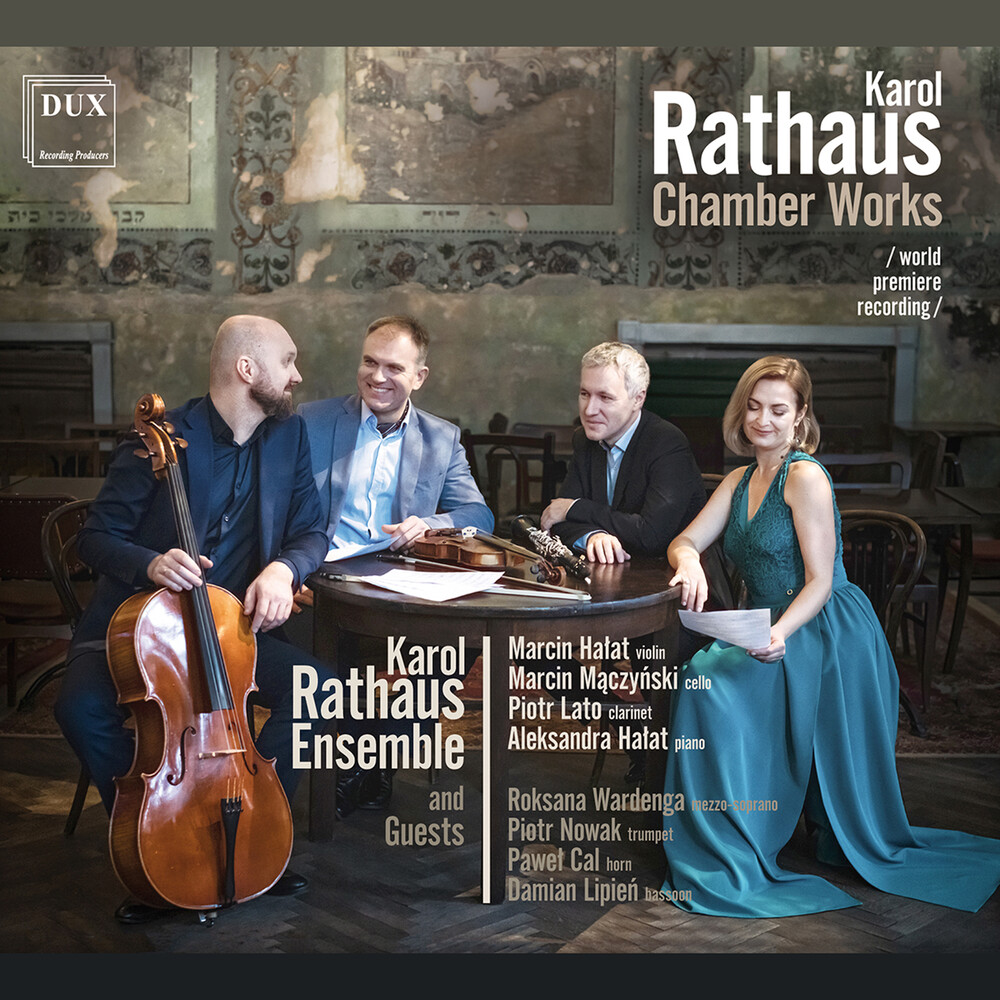 The Karol Rathaus Ensemble, carrying out it's mission to bring this outstanding Polish composer back to the concert life, once again reached for the rarely performed music of it's patron. 2021 saw the world recording premiere of two chamber works by Karol Rathaus, i.e. The Trio, Op. 53 from 1943 and the Trio Serenade, Op. 69 from 1953 (DUX 1712). Now the ensemble decided to record more compositions; what is important, some of them have also been recorded for the first time. The repertoire of the album has been selected in such a way as to give the listener the opportunity to get to know both Rathaus' new works and his new face: not only did he create chamber music, but also songs, so the album also features 'guest' performers. Expanding the circle of artists ready to take the risk of discovering the above work is of great importance, since the music of 20th-century Polish exile composers is still marginalized both in musicological research and in the concert repertoire. It's absence in the domestic culture resulted from the fact that for several decades the communist authorities did not allow information about the art created outside Poland: emigrants were to plunge into oblivion. Nowadays, we are witnessing a gradual renaissance of their music, and the names of such eminent artists as Jerzy Fitelberg, the Labunski brothers, Karol Rathaus, Szymon Laks, Roman Maciejewski, or even Roman Palester and Andrzej Panufnik are slowly enter-ing the collective consciousness.