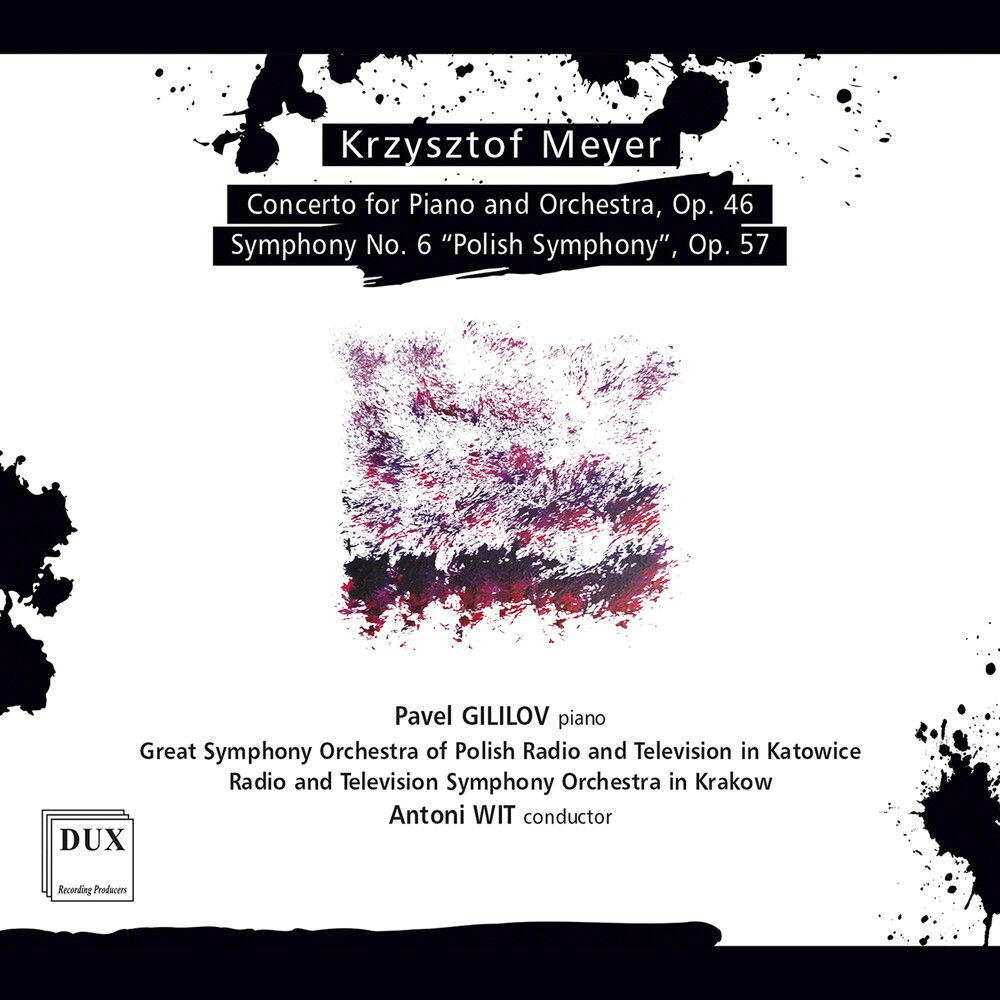 The pieces featured on this album show two faces of Krzysztof Meyer's music from the 1980s. The Piano Concerto was created in the spring of 1979 and performed soon afterwards, but apparently it did not satisfy the composer, since in the autumn of 1989 he once again approached the score and subjected it to thorough modifications. The Symphony No. 6, in turn, was born at the beginning of 1982. Although musically clearly related, which can be stated based on their harmony, the two works are different, because they were motivated by diverse incentives. The Concerto is 'music about music,' i.e. a game or even a play on sounds that is supposed to capture the attention of the listener with it's aesthetic qualities. At the same time, it provides the soloist with an opportunity to show his or her skills, which is one of the main magnets attracting music lovers to concert halls. The Symphony, on the other hand, is programmatic and emotional. It could be described as 'music commenting on the world,' referring to political events.