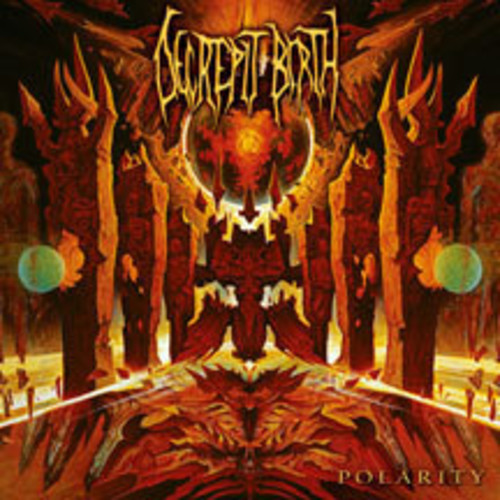 The third, and latest to date, album by the uncompromising havoc-wreaking technical death metallers from California! Influenced by melodic and progressive compositions, yet devastatingly brutal to the core, Decrepit Birth is certainly one of those bands that keep the death metal scene alive and kicking! New edition re-released on Golden Disc, limited and numerated to 2000 copies. Decrepit Birth was formed in 2001 by Matt Sotelo (guitars), Bill Robinson (vocals), and Derek Boyer (bass). In 2002, they entered Legion Studios to record their debut album with session drummer with Tim Yeung. In 2003, "... And Time Begins" was released by Unique Leader Records. The same year Derek Boyer left the band to join Suffocation. In 2004 his place was taken by Risha Eryavec. Soon, Odious Mortem's drummer KC Howard joined their ranks as well. A great number of live appearances and a North American tour ensued. In 2007, after a number of lineup changes, the band entered the studio with producer Zack Ohren, to begin their second album "Diminishing Between Worlds", which was released in 2008. Decrepit Birth's greates tour to date alongside The Black Dahlia Murder, Three Inches of Blood, and Hate Eternal ensued. Dan Eggers and Joel Horner soon became new members of Decrepit Birth, the latter substituting Risha Eryavec on the bass. The same year, the band signed a contract with Nuclear Blast, which released their latest album to date "Polarity" in 2010.