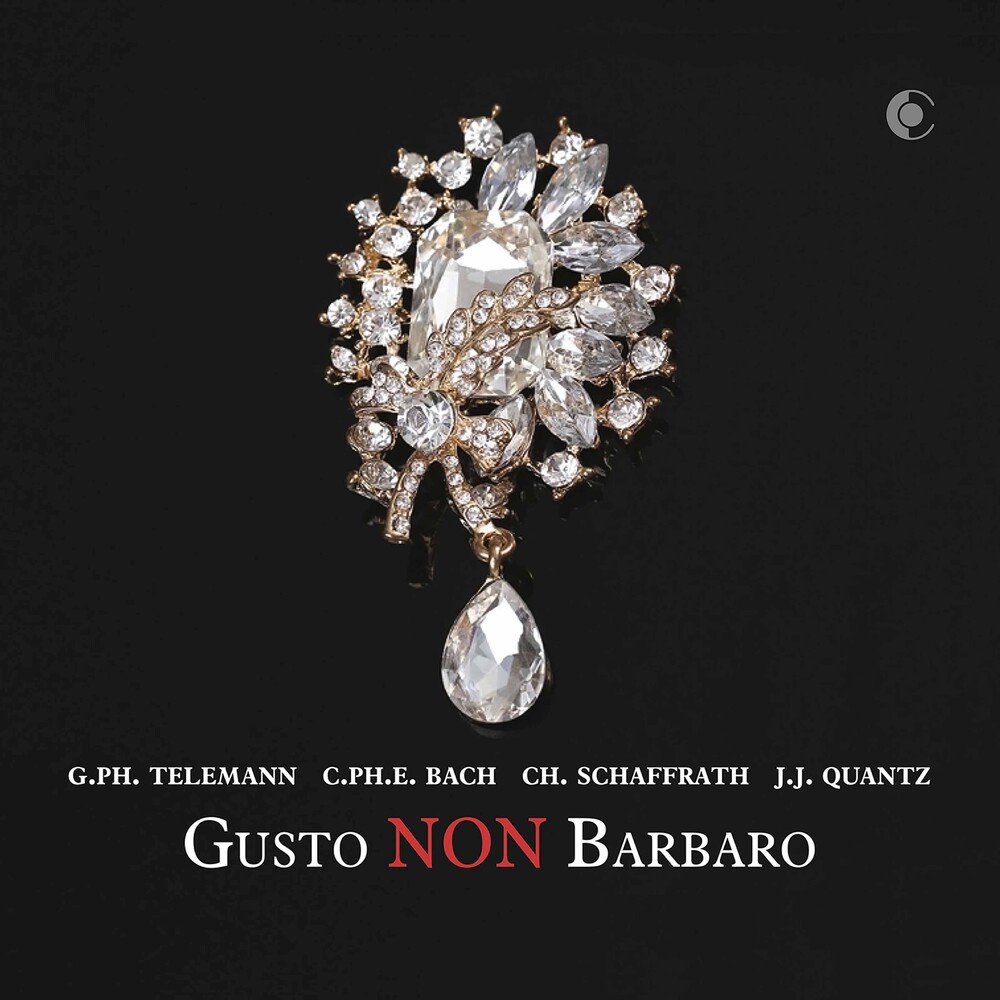 "The Italians used to call the German style in music un gusto barbaro, a barbarous style. This prejudice gradually diminished, however, after it came to pass that some German composers went to Italy, and there had the opportunity to perform both their operas and instrumental works with approbation [... ] Yet it must be said that the Germans have much for which to thank the Italians and, in part, the French, with respect to this advantageous change in their style. " (J. J. Quantz, Versuch... , Chapter XVIII, Par. 86) The album Gusto NON barbaro is devoted to German chamber music of the 18th century. It features works by four composers, of whom Carl Philipp Emanuel Bach is the central figure. The album's title refers to a quotation taken from Quantz's treatise, eloquently characterizing the transformations that took place in the style of German music against the background and under the influence of the work of two leading centers: France and Italy. The modern mode of composition, open to the assimilation of respectable aesthetic achievements in the art of other nations, became so dominant in Germany in the 18th century that this very stylistic synthesis was considered a distinctively German feature. In the first half of the 18th century the phenomenon of the unification of national styles became a fact in the works of, among others, Georg Philipp Telemann, the godfather of Carl Philipp Emanuel Bach, and in the middle of the century this trend was particularly dominant in the famous Potsdam circle, where, apart from Bach's son, the other composers presented on the album were active: Johann Joachim Quantz and Christoph Schaffrath. The oldest piece on the record Gusto NON barbaro dates from 1716 (Telemann - Partita IV TWV 41: g 2) and the latest from 1786 (C. Ph. E. Bach - Solo Wq 133). The differences in style and compositional techniques between these works are all too evident, yet despite the considerable time interval separating them, their common gene is palpable: technical excellence, combined with a worship of beauty and an eager, though not uncritical readiness to follow the rapidly changing tastes of listeners.