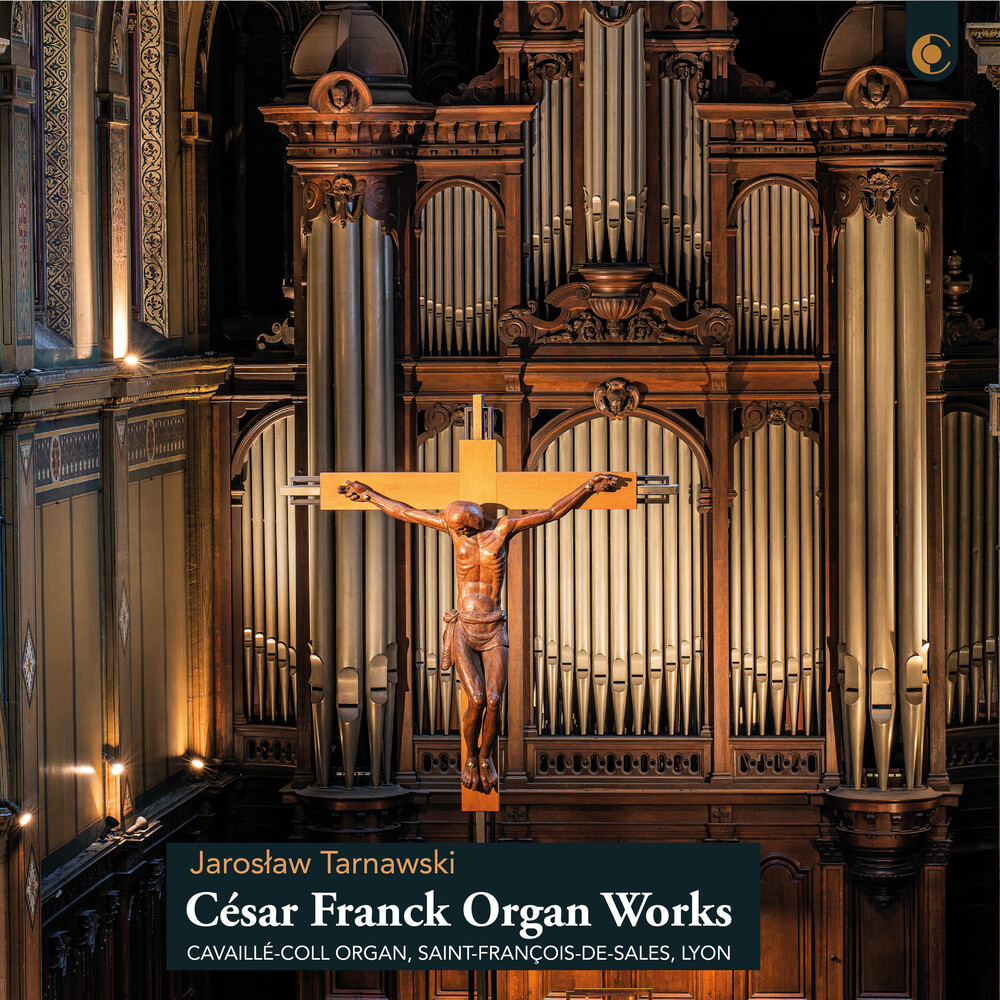 A monographic CD with César Franck's organ works, recorded by Jaroslaw Tarnawski on the occasion of the composer's 200th birthday. The key assumption of the project to release this album was to find a sound as close as possible to the composer's intentions, and a particular challenge was to choose the right instrument from the reference circle. The factor that largely defined the identity of César Franck as an organ composer was the unique instrument in the Ste-Clotilde Basilica in Paris, and his organ works, although beautiful in a universal way, remain extremely strongly connected with the idiom of the organ with which they were written. Unfortunately, these organs, which have undergone significant reconstruction since their inception, are now only a shadow of their former glory. In search of a reference instrument for Franck's music, one has to go elsewhere. One of the few Aristide Cavaillé-Coll instruments preserved in their original condition is the one used in this recording. The instrument in the Saint-François-de-Sales church, which it's builder himself wrote as the most perfect and most beautiful of those that have been created so far in his workshop, although younger by several decades than the Parisian instrument, perfectly reflects the spirit of this extraordinary music.