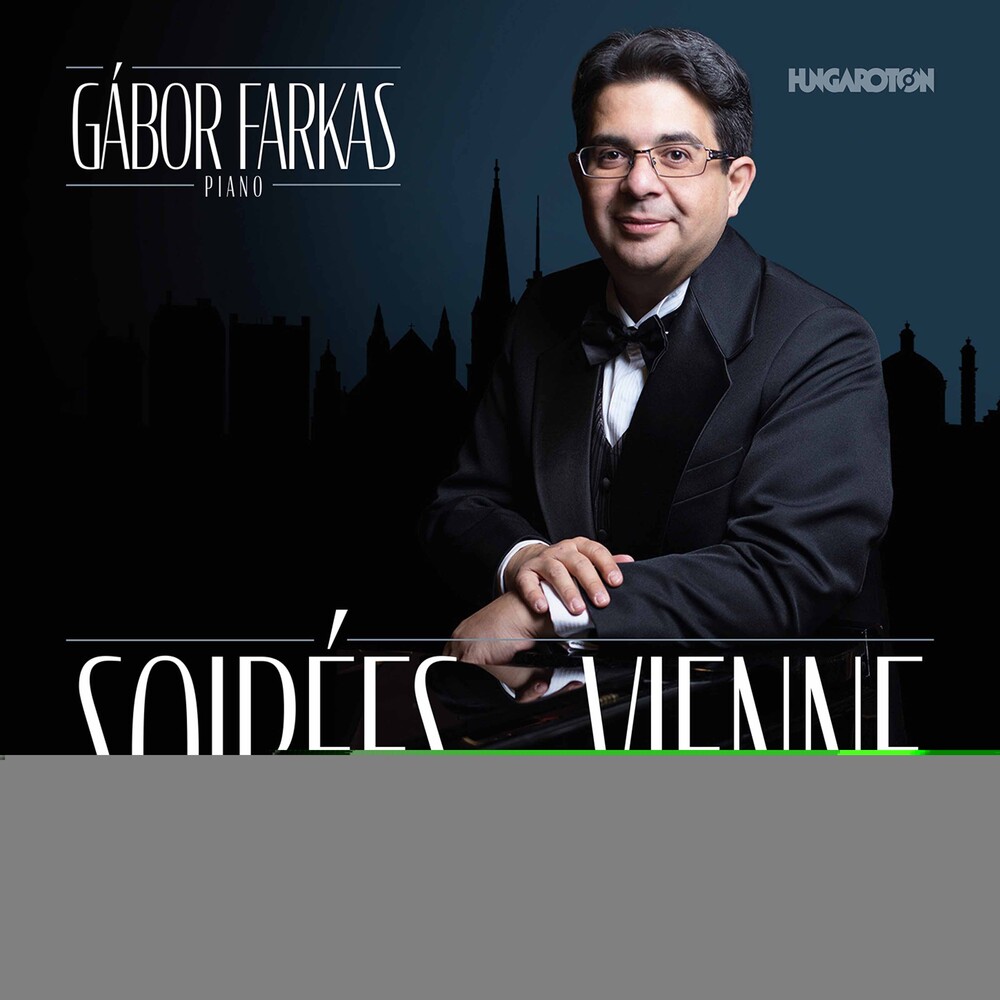 Entitled Vienna Evenings, this recording contains music linked to the imperial city and the piano, and to the enviable bourgeois musical culture of these time periods. The album features Schubert's piano pieces, the waltzes of Liszt and Schubert, and the waltzes of Johann Strauss re-imagined for the piano. Gábor Farkas received his MA and doctorate at the Liszt Academy of Music in Budapest. Zoltán Kocsis was his master-teacher. After the academy he studied at the International Piano Academy, Lake Como, Italy, with William Grant Naboré. In 2015 he won the Grand Prix of the competition announced by the New York Concert Artist & Associates, as a result of which he could debut in Carnegie Hall in 2016.