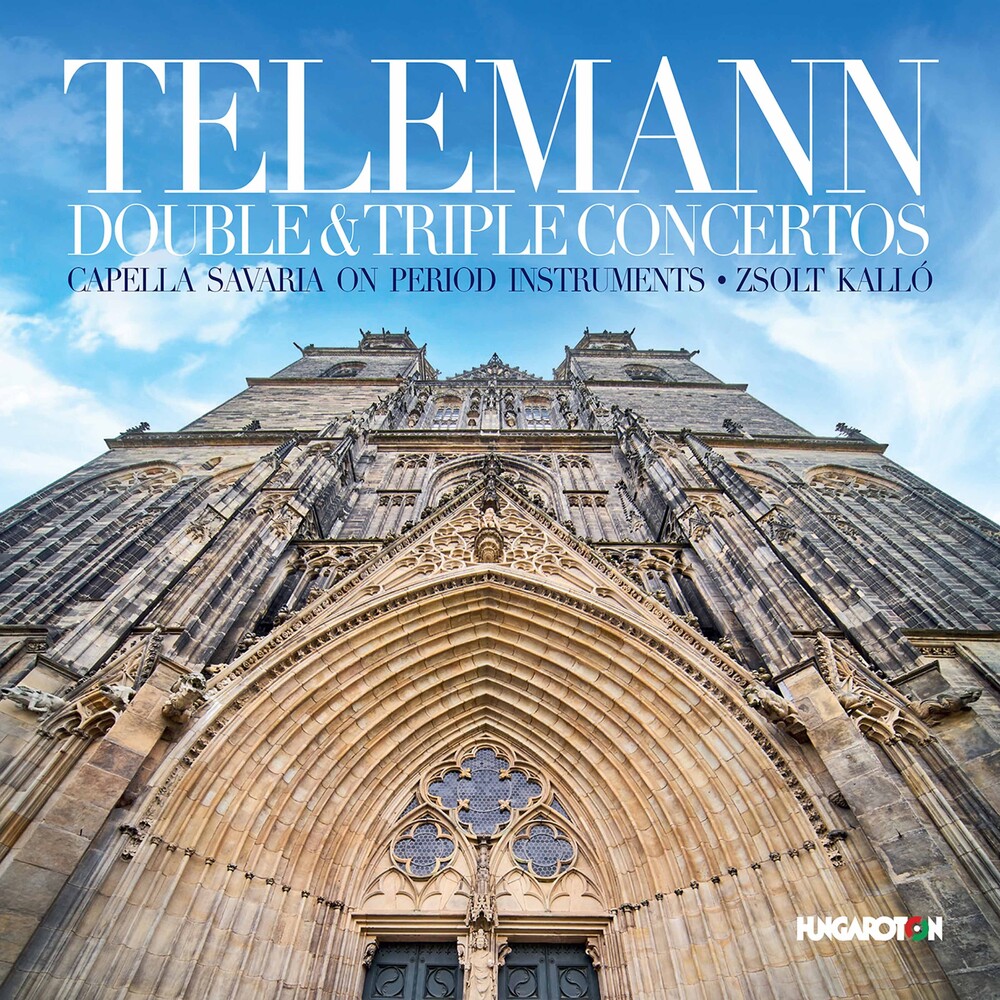 Based on the number and the quality of his works, Georg Philipp Telemann (1681-1767) can by all means regarded as one of the greatest Baroque composers. His ouvre comprising a large number of concertos for two, three or even four solo instruments, a fact that also show his determined efforts to please a broad range of music-savvy audiences. Capella Savaria, Hungary's oldest period instrument ensemble, presents six of these on this album. Founded in 1981, in Szombathely, Capella Savaria has earned it's fame as the first period-instrument chamber orchestra of Hungary. It's innovative efforts created quite a sensation at the time in musical circles. The ensemble's objectives were, from the onset, to play Baroque and Classical music in an authentic way by relying on genuine documents of the period. The founding artistic director was Pál Németh, followed by Zsolt Kalló who has been directing the ensemble since 1999. The members of the ensemble play authentic 18th-century instruments, or their copies.