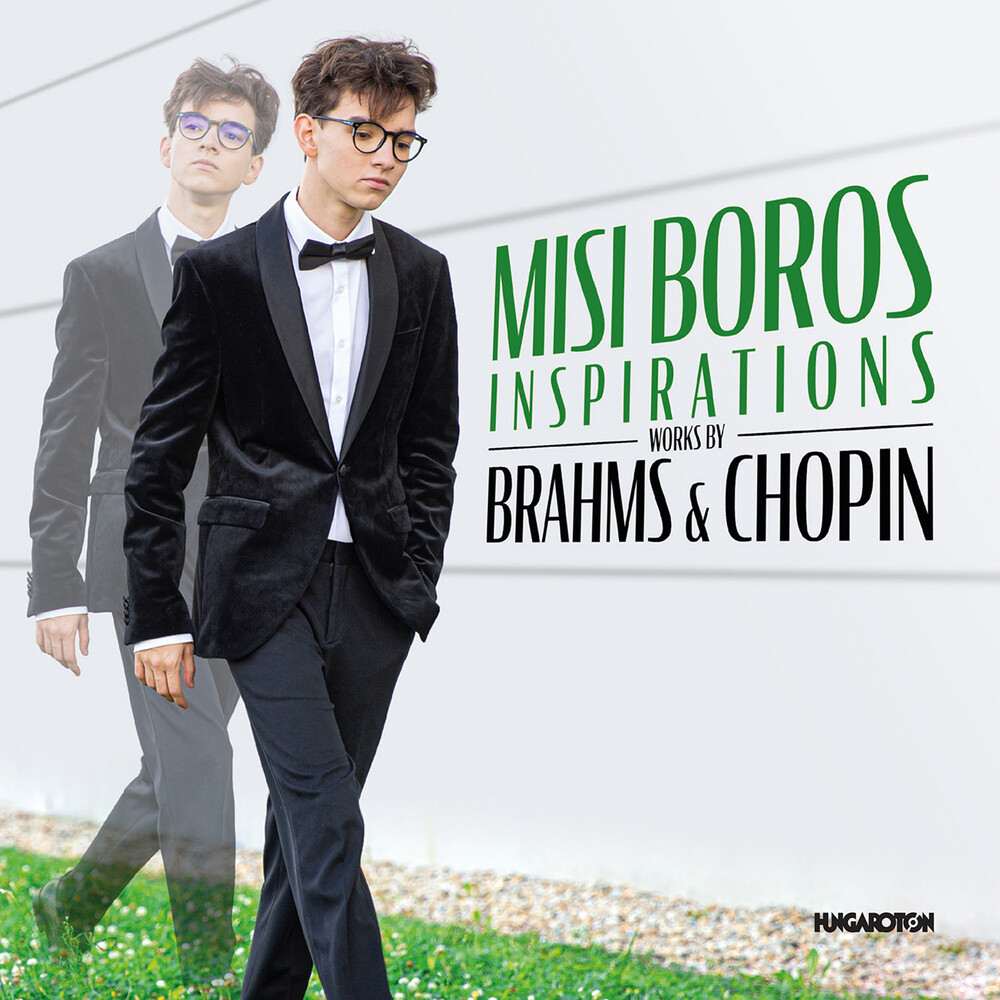 I have juxtaposed the monumental variations with the apparently lighter, but in fact musically profound Chopin pieces. Brahms's music is lightly serious, Chopin's is seriously light. (Misi Boros) Misi Boros was born on April 11, 2003, in Pécs. At the age of 5, he and his brother received a piano and since then he has spent most of his free time playing the instrument. From the first moment he experimented with sounds, inventing his own melodies, and then he played them again and again, with variations. From the age of 6, he has learned to play the piano at the Ferenc Liszt Music School in Pécs, and his teacher is Mrs Ildikó Schmidt Megyimórecz.