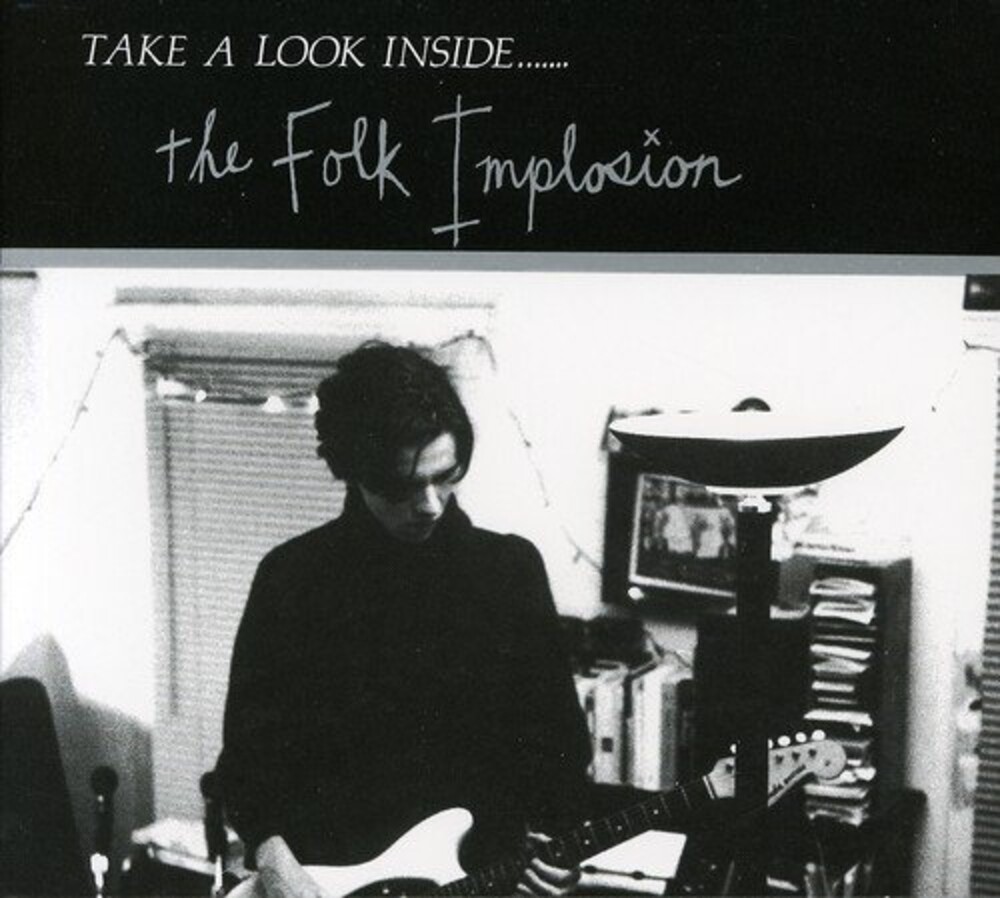 Folk Implosion's fan favorite album is available on cassette for the first time!They say there's always something special about the first time and this record is that first time for the Folk Implosion. The band left the acoustic guitars and fragmentary sketch modus operandi of their earlier cassette behind to focus on an eccentric version of home studio craft, held together by a few cheap microphones (including a Radio Shack PZM) and a Tascam cassette 4-track recorder sequestered under the eaves of a 3rd floor, Cambridge Massachusetts double-decker house apartment. Wood floors and Christmas lights were as much a part of the vibe as an Ampeg VT 40 guitar amp and a small chord organ. The duo would wait until the downstairs neighbor went to work in the morning and then would play until the tunes snapped like a high-pitched snare drum. The setup would close down just before the neighbor came home from work, keeping the peace long enough to see the project through to completion.Once tracked, the band snuck into Fort Apache studios with Tim O'Heir (producer of Sebadoh's 'Bakesale' LP) early one morning, freeloading off the Sebadoh sessions that were set to get going that afternoon. Tim mixed the songs through a very hi-fi Neve board in a matter of hours with the Tascam sitting right on the giant board like a tugboat keeping time with an oil tanker. The duo hoped that the spirits of ancestors like The Troggs, Devo, Al Green, and The Bee Gees would be pleased with the scent of tribute that arose from the ashes of the pyre. Today, they are pleased to see the Slaps and the Sputniks on view again nearly 30 years later.