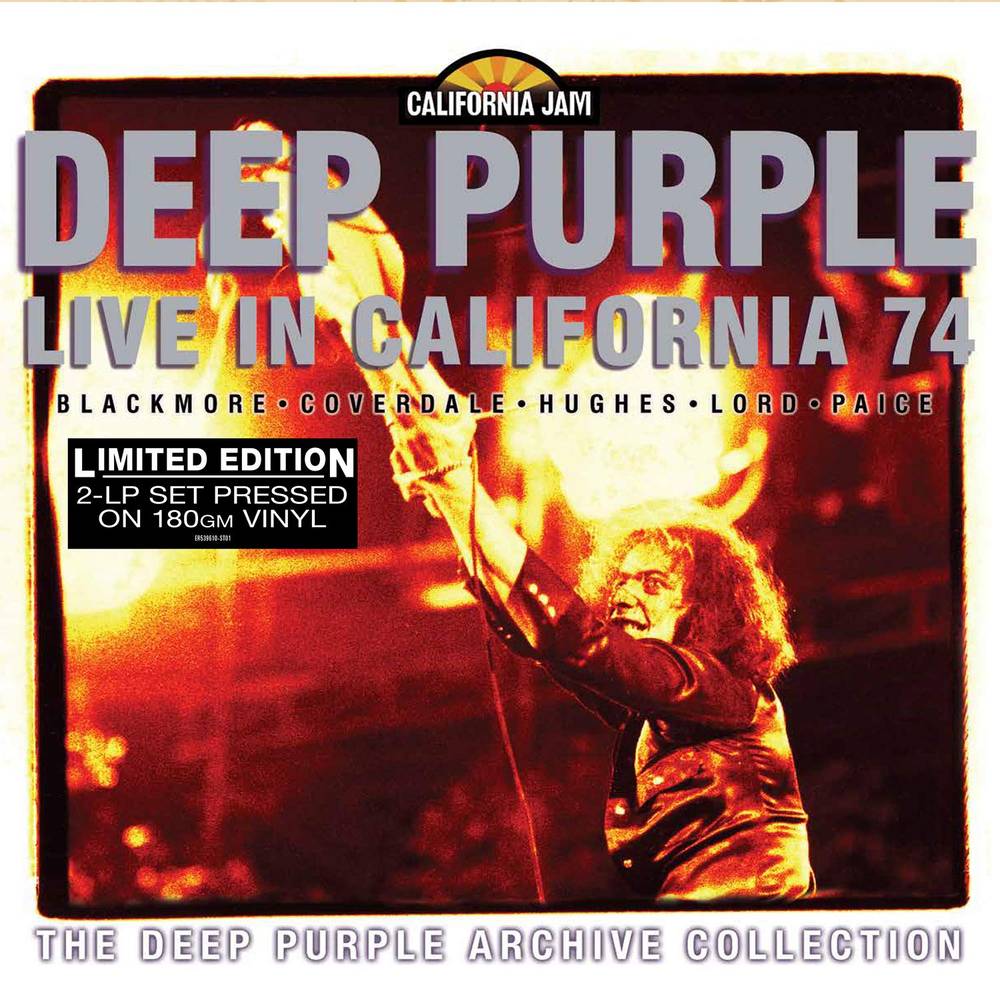 On April 6, 1974 Deep Purple and Emerson, Lake & Palmer headlined a legendary music festival called California Jam in Ontario, California, aired live on ABC. About 400,000 people attended this record-breaking concert; it employed the loudest amplification system ever used and was the highest-grossing festival ever at the time.

The concert itself is the stuff of legend. For one, guitarist Ritchie Blackmore locked himself in his room and refused to go on stage when the band was scheduled to perform, fearing that the band's light show would be ruined by the daylight outside. When ABC brought in the sheriff to arrest him, Blackmore agreed to play the set, but ended up smashing equipment, destroying an ABC camera with his guitar, and setting off a pyrotechnic device in one of his amps. The band had to escape via helicopter to avoid the authorities. What a show!